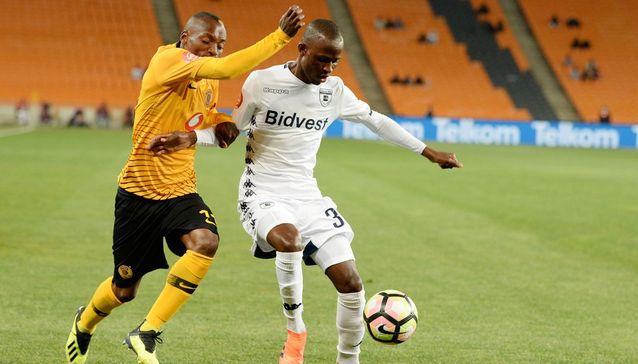 Former Warriors striker, Tendai Ndoro has advised countryman, Khama Billiat to dump South Africa premier league side Kaizer Chiefs and sign for a club that will give him more money.

Ndoro left Orlando Pirates in 2017 to join Al-Faisaly of Saudi Arabia, before returning to South Africa where he plays for Highlands Park. He claims that money was his primary motivation in moving to Arabia. He said:

He [Billiat] must do what’s best for him and his family …you understand what I am trying to say. You go there in [the] Arab world, you are a millionaire within a week

… Some of our moves are based on that [money and safeguarding the future].

To be honest, for me when I went to Saudi Arabia, it was more about securing the future of my family… to know that I was going to be tax-free made me not think twice.

I just thought of my family and my life after football, maybe tomorrow I won’t be playing and what was going to happen?

I put my daughter first … now anything can happen to me, I am covered. I was getting a lot of money there compared to what I was getting in SA at the time.

Several clubs are reported to be keen on signing Biliat from the Soweto giants. Angolan side Petro de Luanda, Moroccan giants Raja Casablanca and Al Ahly of Egypt are some of the names that have been thrown around.

Kaizer Chiefs spokesperson, Vina Maphosa confirmed to Sowetan Live that Billiat is in demand. He said:

If Khama is one of the wanted players, we can only communicate the matter when the deal is done. One thing for sure, he is one of the hot properties.