The Prosecutors Association of Zimbabwe (PAZ) has declared the incapacitation of prosecutors.

In a Memo addressed to Prosecutor-General Kumbirai Hodzi and dated 19 July 2019, the Association raised several issues that need to be addressed. Part of the memo reads:

In our petition to you on the 16th day of May 2019, we raised several issues that were affecting the welfare of prosecutors in the country.

Your office made an undertaking to have the issues addressed. Regrettably, the said concerns are yet to be addressed, even our Christmas hampers which are long overdue.

… Prosecutors are now badly exposed to the extent of even failing to buy lunch. Nonetheless, we are still expected to come to work timeously and discharge our duties diligently. 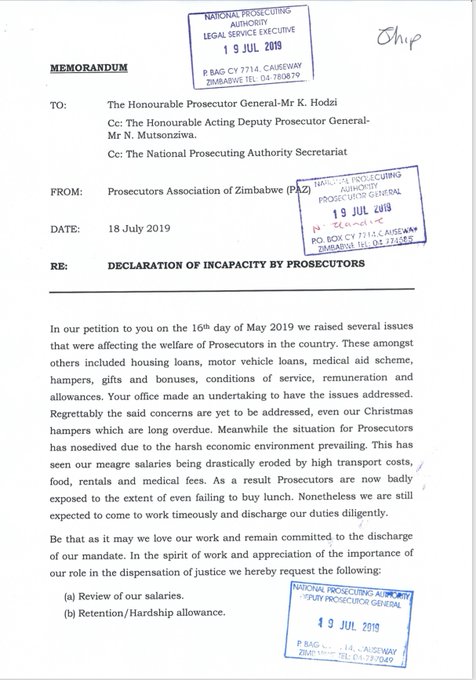 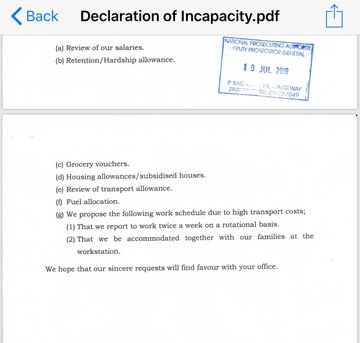 Kumbirai Hodzi is a Zimbabwean lawyer and the current Prosecutor General of Zimbabwe. He was appointed and sworn in in January 2019 following interviews in December 2018. In the public interviews, he came 6th best but no reaason was given on why he was chosen... Read More About Kumbirai Hodzi