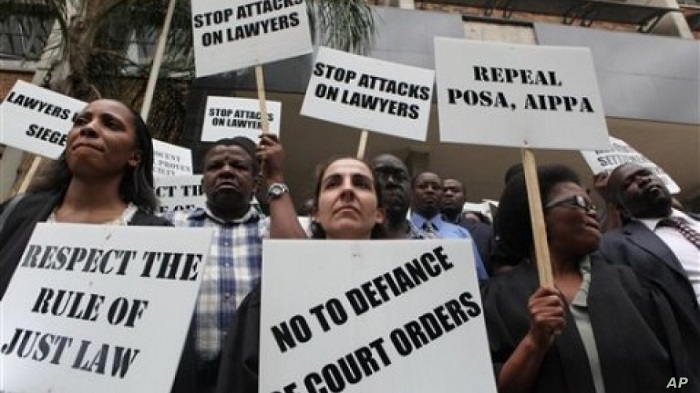 The Act prohibits convening a gathering without notifying the relevant authorities.

The development comes at a time when the government has moved to proscribe POSA and replace it with a new bill, Maintenance of Peace and Order Bill (MOPA).

POSA has been criticised for being a draconian law which undermines citizens’ rights and freedoms including the right to association.

The State through prosecutor, Mr Mufaro Mageza, alleges that Ngulube in violation of POSA convened a public demonstration on 17 July which was attended by approximately 30 people. The prosecutor said:

On July 17 at around midday at corner 10th Ave and Fort Street near Pick and Pay, Ngulube went ahead and convened a public demonstration where members of the public amounting to about 30 people gathered.

Ngulube had on 13 July submitted to the police notice of a public demonstration which was planned for Wednesday. The police, however, turned it down arguing that a notice was supposed to be submitted seven days before the intended demonstration.

He was remanded in custody to today for bail ruling.

The matter is still pending at the courts.