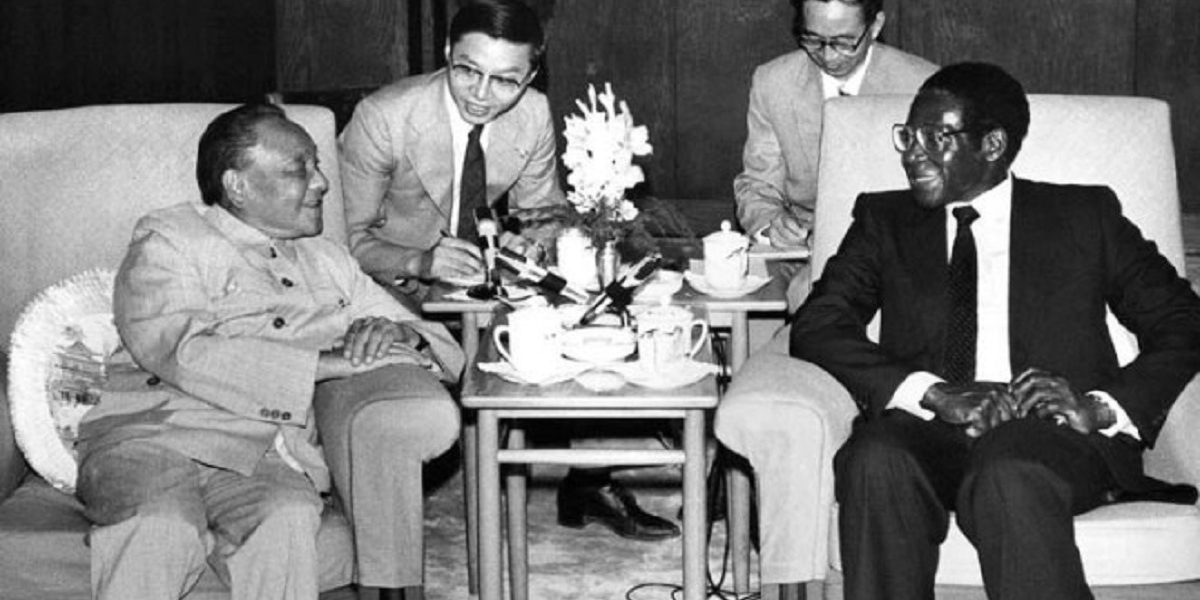 Former President Robert Mugabe reportedly ignored the advice he was given in 1985 by the then President of China, Deng Xiaoping. Mugabe was allegedly told to shun ideologically based approaches to economic transformation. Deng was introducing market-friendly reforms and they picked notable dividends.

This remembrance is particularly important as South Africa seems to be walking in Mugabe’s footsteps. Reports suggest that South Africa intends to nationalise its central bank.

Deng’s interpreter, Zhang Weiwei, said that Mugabe viewed China as adopting capitalism which would have constituted a departure from socialism.

The Chinese leader reportedly told Mugabe to learn from China’s experiences. China was one of the countries that championed socialism but that did not result in expected results. Deng alleged added that the quest for “social modernisation”, not ideology, is what should drive economic development.

George Lwanda, a regional programme and policy adviser with the UNDP Africa Centre, believes South Africa needs to pursue policies that are market-friendly rather than those which are populistic in nature but hurting economic growth in the long run.

He notes that privatising the central bank may sound unorthodox but can spur economic growth whilst nationalising it may result in investor flight.

Back then, Deng reportedly predicted that Zimbabwe will soon fall owing to the policies it was adopting. Lwanda further notes that the farm invasions in Zimbabwe negatively affected bank balance sheets. He said:

One of the effects of this was an erosion of the value of pension funds of state employees since state pension funds had significant investments in banks.