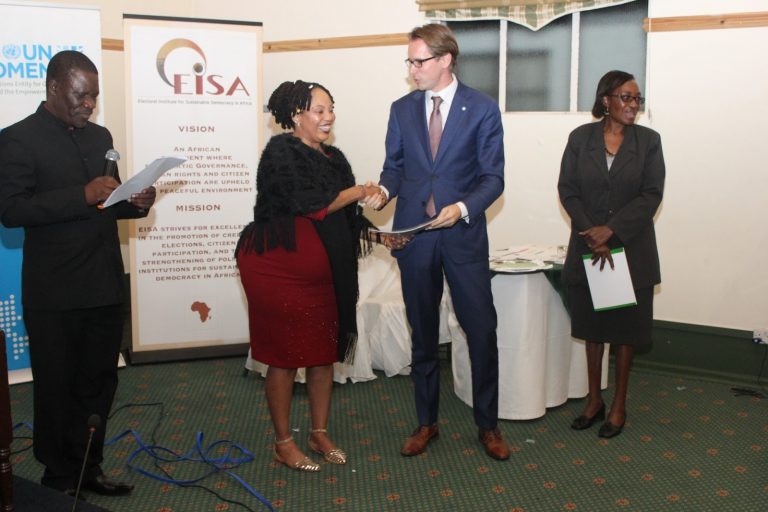 Zim Morning Post says that the two were spotted together at a party held in Harare last week.

The Chigumbas separated more than twenty years ago and they have four children together.

There were reports in the run-up to last year’s harmonised elections claiming that the ZEC Chair was in a romantic relationship with a ZANU PF cabinet minister.

The publication claims that its source shed more light on the Chigumbas’ reunion. Said the source:

Priscilla and Mac are back together and recently they held a party for their daughter Mukai who turned 21.

They were cosy and re-ignited the flames of twenty years ago when they met in high school when she was at St Ignatius College.

They have not formally communicated to their families but I can put it to you that arikufambidzana (they are dating).

For the record she is not pregnant, it’s just her stomach which had a bulge.

Chigumba is on record demanding her privacy be respected and that her private remains exactly that.