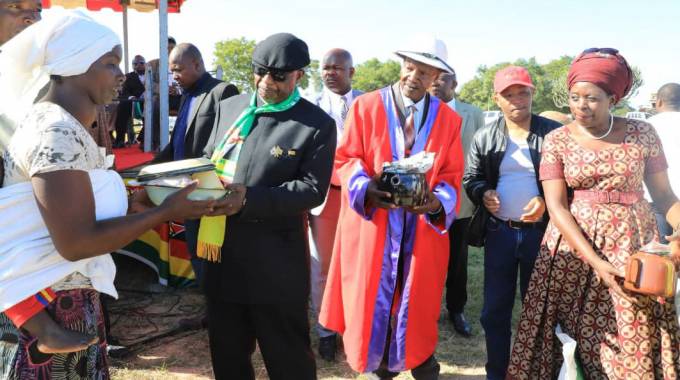 MDC leader Nelson Chamisa told party supporters in Masvingo over the weekend that he was worried over Vice President Constantino Chiwenga’s absence from public life.

Addressing a rally at Mucheke Stadium in Masvingo on Sunday, Chamisa said:

That’s why I am missing my old man. Ko makamuisa kupi. Ari kupi? (Where did you put Chiwenga, where is he at the moment?)

Chiwenga has been in and out of hospital over the past several months. He has been to India and South Africa for treatment and has not been seen in public in a long time.

Chiwenga revealed in 2017 that he had experienced a skin ailment. Speaking at the funeral of his sister, Margaret, last year, He said:

It was during that time that I fell ill. I had this skin sickness (nhuta) that affected my whole body from beneath my feet to my back and the journalists started saying I was using skin lightening creams. But that was not the case.

I was sick. I have decided to talk about it because that is what you see. But you should know that everything that happens comes with a price.

We then sent everything to South Africa to find out what was causing the sickness, but they failed to treat it.

It was then that my (late) sister Margaret approached Sister Redemptor (Roman Catholic nun) and was given herbs that I began taking until I was healed.