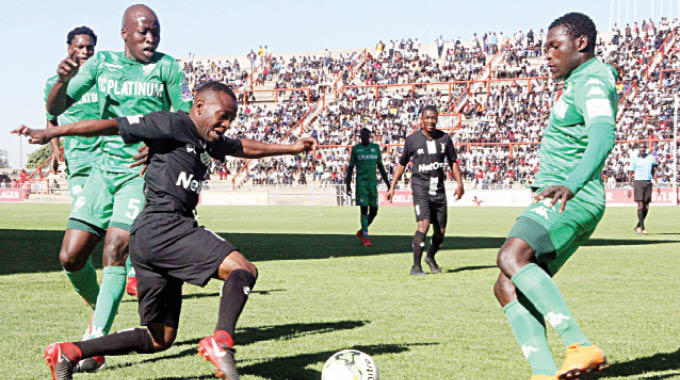 FC Platinum scored first in the 39th minute through Cameroonian striker Albert Eonde. Highlanders equalised in the second half through an Ariel Sibanda penalty.

The guys worked very hard. It is about character and fighting for each other. I am happy the boys are pushing and we are still on top.

Last week we had just 13 players available and today we had three youngsters from the under-19s. It is not easy at all.

His counterpart, Mandla Mpofu expressed unhappiness with the draw. He said:

We cannot make those kinds of mistakes that we made at this stage, but overall we played very well. It is two points lost than a point gained.

We are not happy with the result. The position that we are in is not looking good and we are not scoring goals; it is one aspect we have to work on.