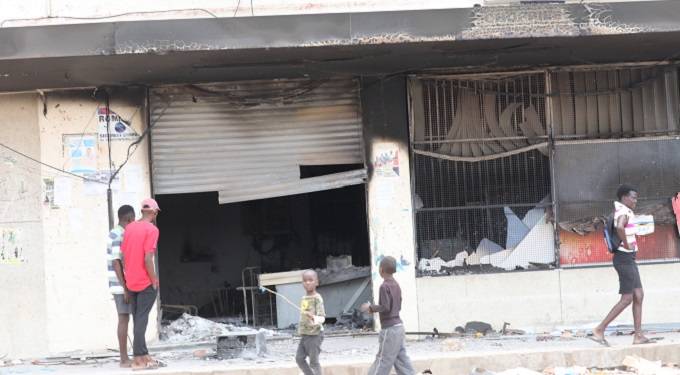 A 13-year-old boy from Bulawayo suspected to have been part of a group of people who looted and burnt shops during the January #ShutDownZim protests said that he was instructed to burn a shop by an elder.

The minor told Bulawayo magistrate Mafios Moyo that his accomplice Bhekani Mpamba (29) ordered him to burn down a supermarket in Old Pumula suburb.

The juvenile pleaded guilty to charges of unlawful entry and theft while Mpanda pleaded not guilty. Said Mpamba:

I was not there when all this happened, accused 2’s family has issues with me because my donkey’s names are the same as theirs.

Representing the State, Simbarashe Manyiwa said on January 14, the duo together with other co-accused persons who are still at large went to a supermarket owned by Antony Chikwata in Old Pumula at around 10 PM armed with stones;

The mob threw stones at people and broke into the shop. They took groceries and stationery before setting the shop on fire. When police officers arrived at the scene, the boy fled but was seen by one of the residents who made a report at Pumula Police Station.

The minor was remanded out of custody while  Mpamba was remanded in custody to July 24 for the continuation of trial.