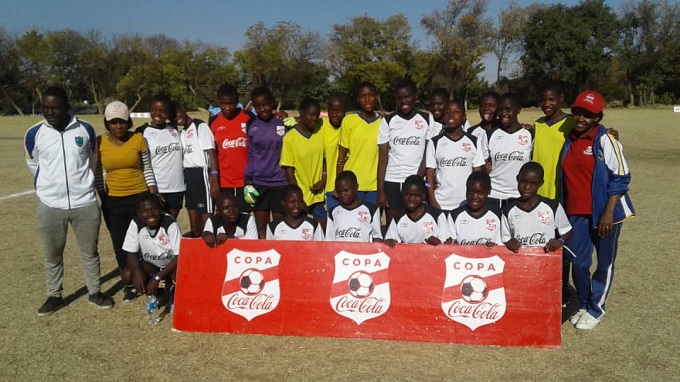 Matebeleland’s Mpopoma High School made history on Saturday 13 July when they beat Nyamauru High School 5-4  in the finals to claim the Copa Coca-Cola girls victory.

The finals match was played at Rimuka Stadium in Kadoma.

The Mpopoma girls met Nyamauru from Manicaland in the finals for the consecutive second time and this time managed to emerge the winners.

The 31st edition of the Copa Coca Cola football tournament Nationals of Under-15 boys and girls’ football started on 12 July 2019 with with 24 school teams battling it out.