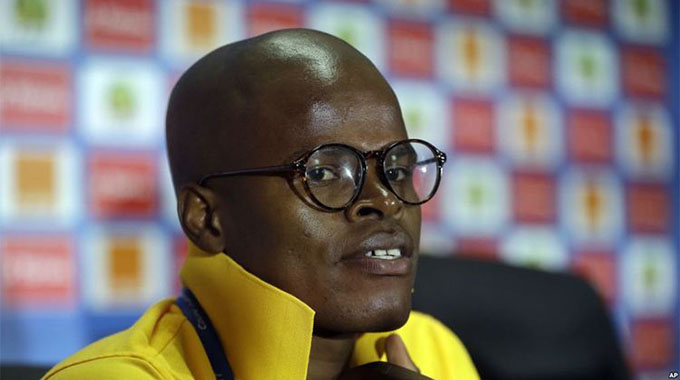 Zimbabwe’s Willard Katsande, speaks during a press conference in Libreville Gabon, Saturday, Jan. 21, 2017, ahead of their African Cup of Nations Group B soccer match against Tunisia. (AP Photo/Sunday Alamba)

Former Warriors captain, Willard Katsande asserted that he will only return to the national team as a coach.

Katsande, who has played a total of 274 for his current South African club, Kaizer Chiefs, said that there should not be changes to the current Warriors set up arguing for continuity ahead of the 2021 Africa Cup of Nations.

Speaking to State media from his Naturena base on Wednesday afternoon said:

We need continuity. It is important. We keep the same team and go for the 2021 Africa Cup of Nations again. It will be better than what we witnessed. Those were the lessons. We need to be regulars at Afcon.

I think I have had my time with the national team and I wrote my piece of history. I am happy with what I achieved at that level and it is time for others to carry on.

I think I will only return to the national team set up as a coach. I will be starting my coaching studies in June next year and by the time I call it a day in terms of playing I should have attained the highest coaching badge.