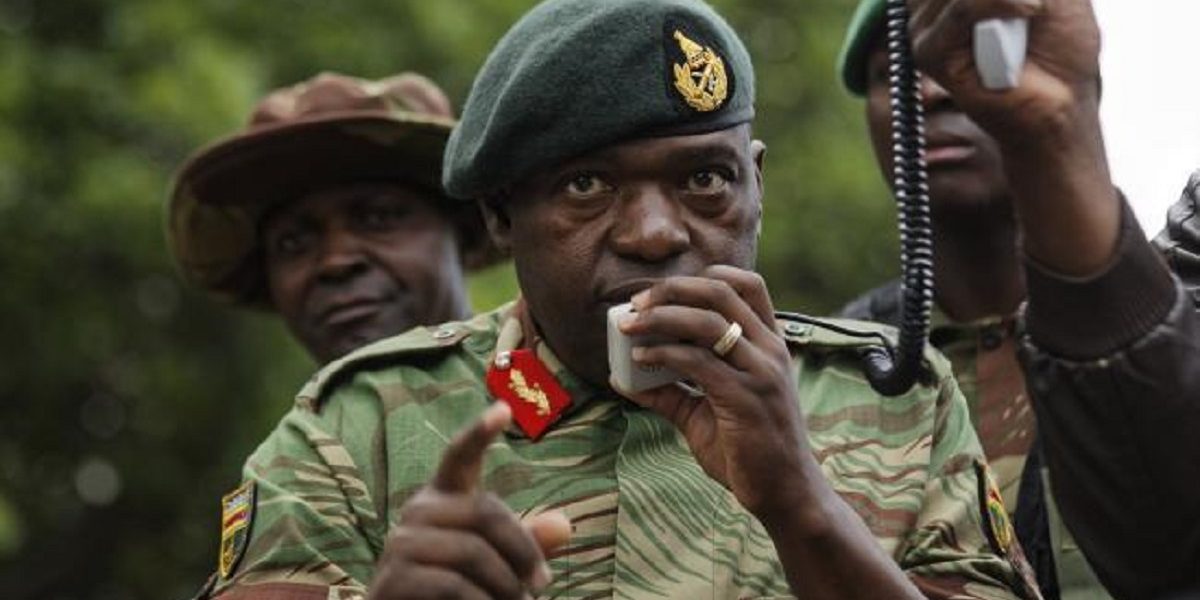 Following an attack on Foreign Affairs Minister, Sibusiso B Moyo, the government released a statement condemning the violence. We present the statement in full text below.

The Zimbabwean delegation to the Global Conference for Media Freedom in London had great engagements with different stakeholders.

Government condemns the violent attacks against the delegation by a group of opposition protesters outside Chatham House in London.

It is tragic that the sceptre of violence during protests, witnessed in Zimbabwe, which forces the security services to act, has reared its ugly head in foreign land, discrediting not the Government, but the hoodlums themselves and embarrassing peace loving Zimbabweans.

The attacks have not, however, disrupted Minister S.B. Moyo’s successful engagements in the UK in any way.

Undeterred, his programme continued with fruitful meetings with the Secretary General of the Commonwealth and investors.

The programme ends tonight with engagements with a progressive Zimbabwean Diaspora and other key stakeholders, whose support for Zimbabwe’s economic and political reform efforts remains steadfast.

The Government of Zimbabwe remains committed to peaceful dialogue with all parties, with a view to building the country around shared values, including the principles of respectful disagreement and non-violence.

Government affirms the right of Zimbabweans to protest, but to do so peacefully. 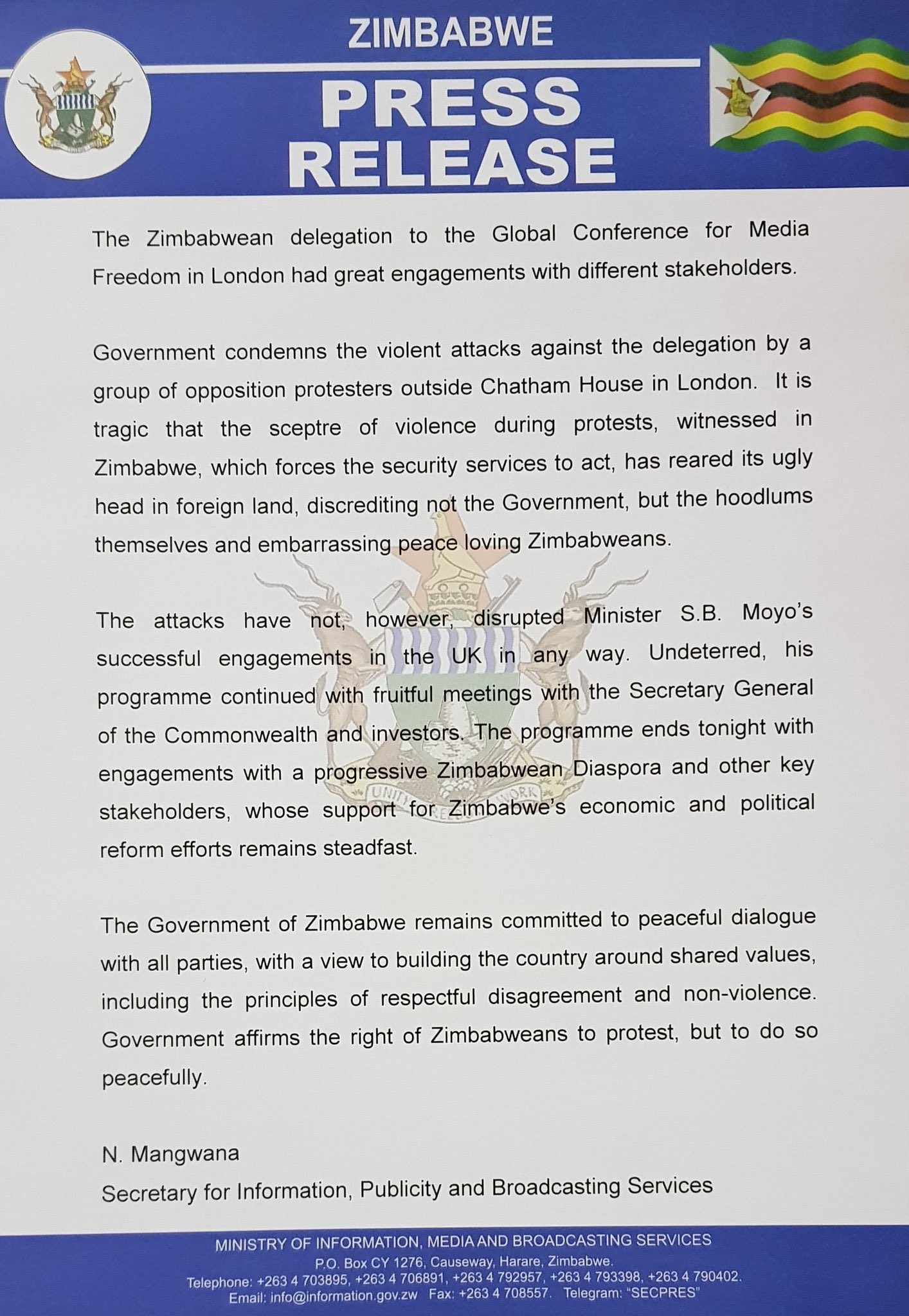