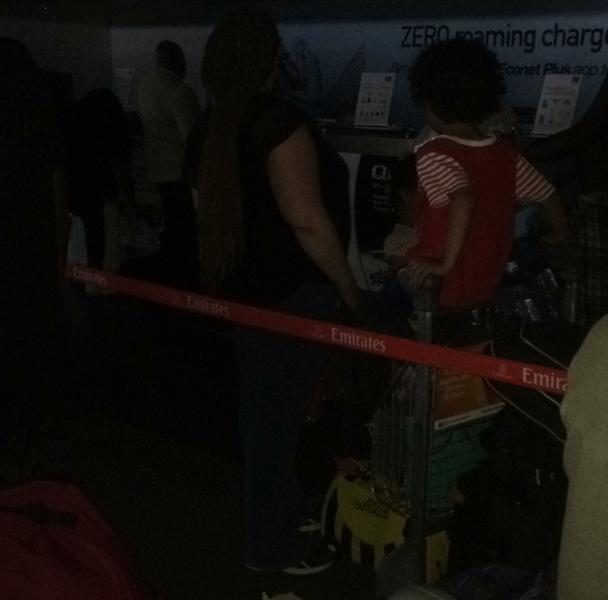 Airport authorities have dismissed a picture that circulated on social media claiming that a Fastjet aircraft failed to land at Joshua Mqabuko Nkomo International Airport on Wednesday night due to load shedding.

Civil Aviation Authority of Zimbabwe (CAAZ) public relations and communication manager, Anna Julia Hungwe, told The Herald that the reported incident could have happened in January this year, and quickly rectified, and not recently. She said:

Nothing of the sort ever happened to fastjet. The airport manager at JM (Nkomo) said there was nothing like that.

Social media has its own way of doing things; this world is full of people who want to see things the other way.

If anything like power outages happens, air traffic control will simply say to an airline ‘you can’t land at a given airport and our alternative is Harare or Bulawayo’.

Hungwe said that CAAZ is always ready for power outages and has generators on standby for critical areas. She said:

Yes, we have power outages, remember the country does not have adequate electricity, but we have generators that light all critical areas immediately.

We are always ready for power outages. Some people are twisting it and making it appear as if Zimbabwe should not be visited.

If we had such power challenges, airlines should be complaining but they are coming; and landing and departing.

So we wonder what people are saying. There is no way air traffic control can let an airline go and land at an airport that does not have electricity.

Energy and Power Development Minister, Fortune Chasi admitted to receiving “some dark pictures”, and he said that there was a need for uninterrupted power to airports, through solar.

One Comment on “‘Dark Airport Pictures’ Captured In January, Not Recently – CAAZ Official”