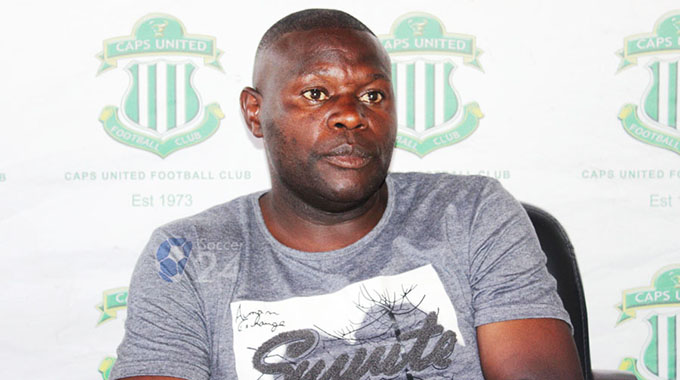 Caps United coach, Lloyd Chitembwe said that he is happy to be back to resume his duties.

There was a lot of speculation over the past few weeks regarding Chitembwe’s position and future with the club, with some reports suggesting that there was a falling out between the gaffer and club management.

I’m feeling okay and it’s good to be back. I’m very disappointed with the speculation and with the manner, everything was handled.

I feel someone somewhere was not very responsible in terms of managing the whole matter.

I really feel for the two gentlemen (Jere and Nhamo), the amount of pressure they had to go through because of all this. It is very unfortunate.

I also feel for the players and for the supporters to be in a sense of confusion where there were not knowing what is really happening within the team.

It was very unfortunate because we simply failed to manage the matter. It’s sad.

But all the same, I am looking forward to this week and I can’t wait to be with the group.

After that, they face a humongous task when they host Ngezi Platinum Stars and travel to FC Platinum in a tough run of fixtures for the 2016 league champions.