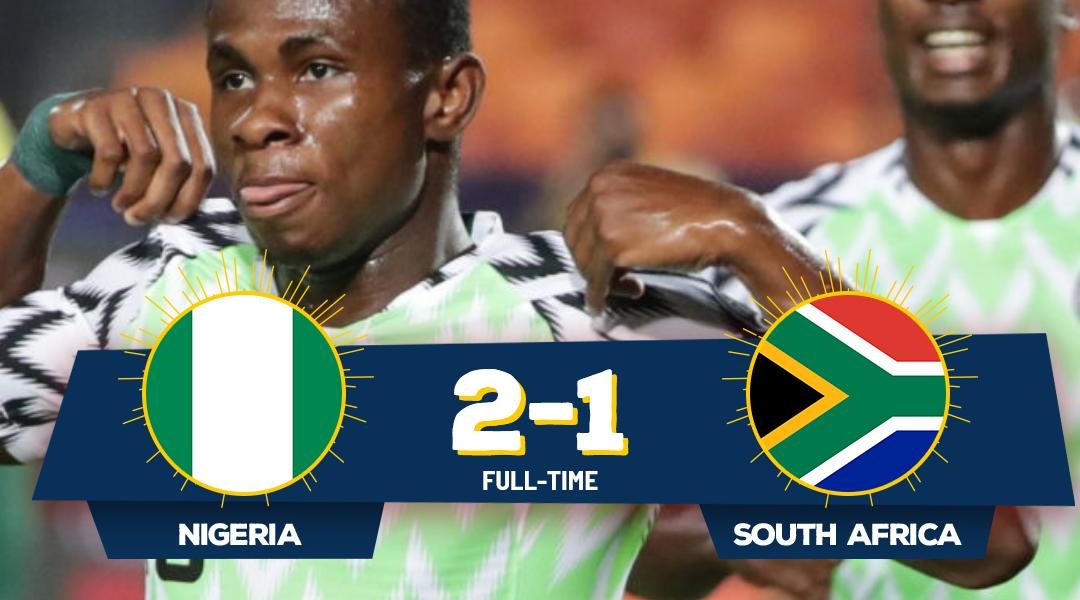 South Africa was on Wednesday night eliminated from the 2019 Africa Cup of Nations after losing 2-1 to the Super Eagles of Nigeria at the 75 000-capacity Cairo International Stadium.

Nigeria drew first blood in the first half through Samuel Chukwueze from an Alex Iwobi lay off.

Bafana Bafana drew level when Bongani Zungu’s looping headed goal was awarded with the aid of VAR – introduced for the first time at the tournament from the quarterfinal stage onwards – after it was initially ruled out for offside.

However, Nigerian centre-back Troost-Ekong was to break South African hearts when turned home at a corner a minute from time.

Speaking during a post-match press conference, Nigeria coach Gernot Rohr said that they were lucky to win. He said:

We were lucky in the end to score this second goal because in the second half South Africa played much better.

We’re happy, we have to recover well because the next game, either Algeria or Ivory Coast will be very difficult also.

It’s difficult when you’ve lost a game in the dying minutes, it’s difficult to find positives. I’m sure in one week’s time I will find some positives, but at this moment I’m finding it very difficult.

Nigeria will take on either Algeria or Ivory Coast who play on Thursday for a spot in the July 19 final.