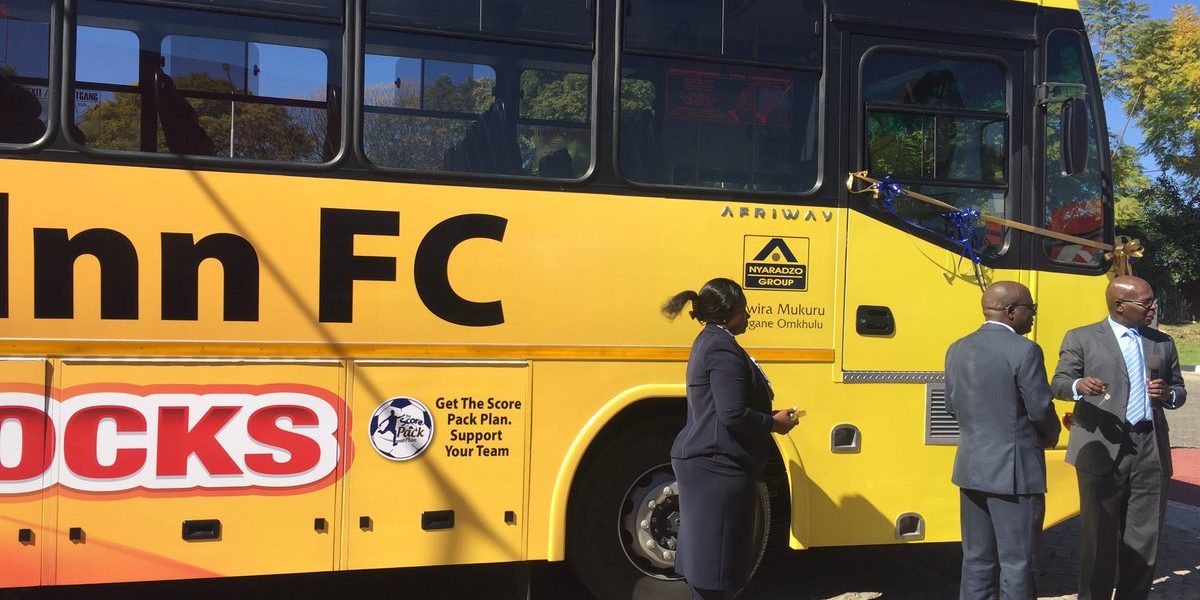 Nyaradzo Group has handed over a brand new bus to Chicken Inn Football Club, to become the fifth club to receive a bus from the company following similar donations to Highlanders, Dynamos, Caps United and Chapungu.

The bus was presented to Simbisa Brands finance director Onias Moyo by Nyaradzo Group general manager, Tendayi Kanjanda at a ceremony held in Bulawayo on Wednesday.

The Chicken Inn squad has been getting a bus from Nyaradzo whenever they travelled to fulfil their fixtures this season.

The deal between Chicken Inn and Nyaradzo was announced in March when Bonvie Medical Aid, Black Shark and Zibuko Capital were also named as the other Gamecocks sponsors.

The 2015 Premier League Champions started the 2019 season on a bright note as they are second with 26 points, a point behind log leaders FC Platinum.