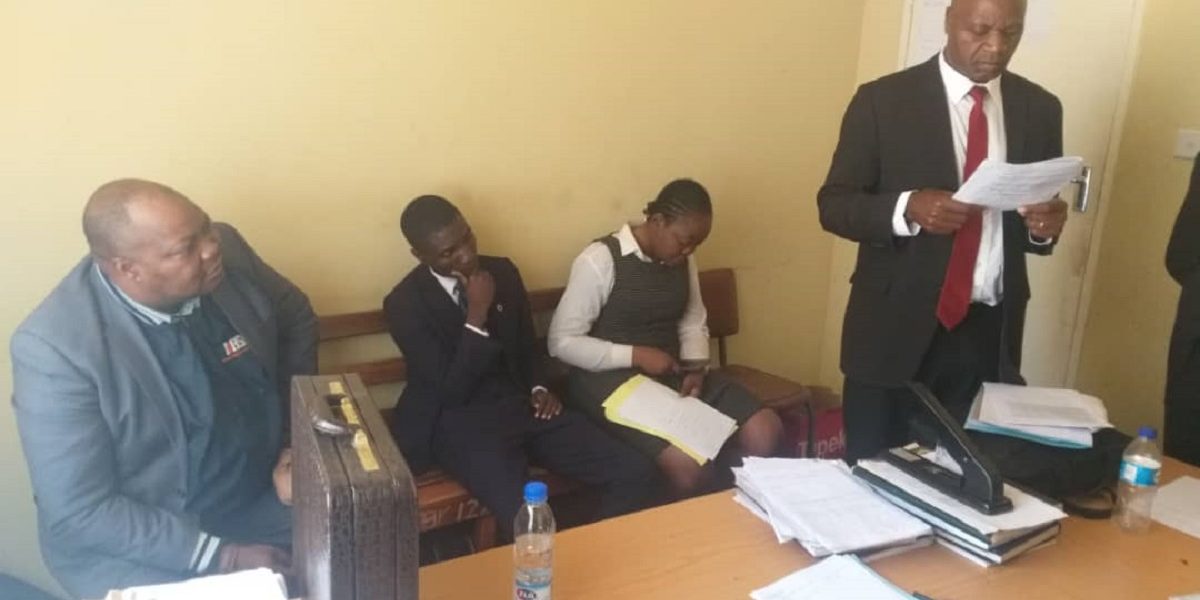 Sikhala claims the police blindfolded him from Harare to Masvingo.

Zimbabwe Lawyers for Human Rights (ZLHR) has claimed that opposition MDC’s national vice-chairperson, Job Sikhala was blindfolded all the way from Harare to Bikita, Masvingo where he is to appear in court any time from now.

Sikhala was arrested and charged with subversion of a constitutionally established government after he remarked that the MDC will overthrow president Emmerson Mnangagwa before 2023.

MDC president, advocate Nelson Chamisa and Sikhala’s lawyers yesterday claimed that Sikhala was missing. The government, however, allayed those fears revealing that Sikhala was not missing but was being transported to Bikita, Masvingo where the alleged crime was committed.

When ZLHR located Sikhala this morning, he reportedly told them that the police blindfolded him from Harare until they reached Gutu. Posting on Twitter, ZLHR said:

When @ZLHRLawyers accessed @JobWiwa at 0840 hrs at Bikita police station, he said that when he was whisked away from Hre Central Police he was blindfolded – covered with a facial mask. This was only removed at Gutu. @ZimHRNGOForum @SAHRDNetwork @BitiTendai @DavidColtart @mlawzim