The ruling ZANU PF party has castigated the opposition MDC for the remarks made by the party’s vice-chairperson Job Sikhala over the weekend.

During a rally in Bikita on Saturday, Sikhala said that the MDC will overthrow the government before the next elections set for 2023.

The statement by the MDC leadership including its leader Nelson Chamisa that they are seriously planning and burning the midnight candle to overthrow President Emmerson Mnangagwa’s government is enough proof of a declaration of war.

… for a misguided entity masquerading as a democratic movement to attempt to destabilise the nation in our presence can only invoke our contempt as a progressive society. It is archaic and anti-development.

… The MDC party and its leadership must stand warned that should they pursue a reckless adventure, the consequences will be dire.

Instead of agitating for chaos and mayhem which only breed despondency in people, the MDC should take a leaf from the exemplary leadership of President Mnangagwa… 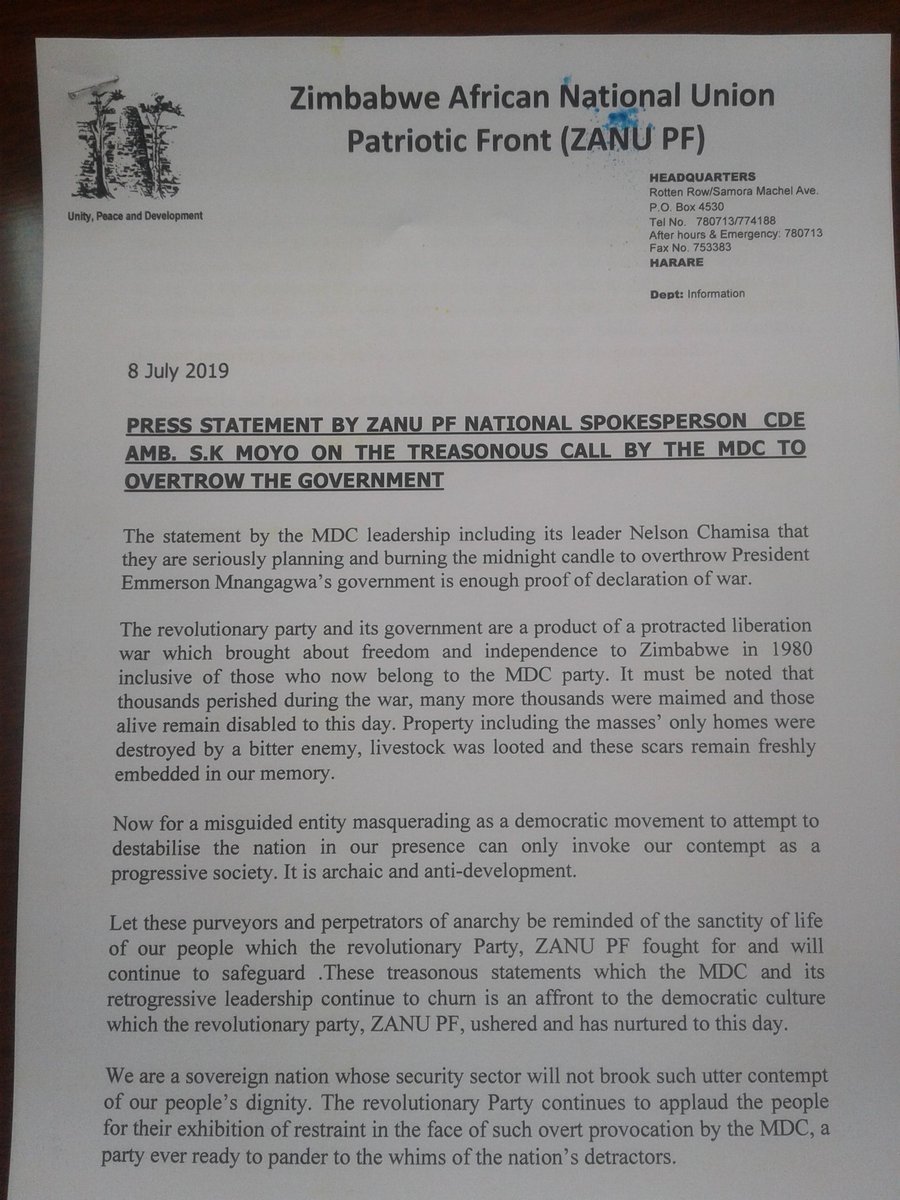 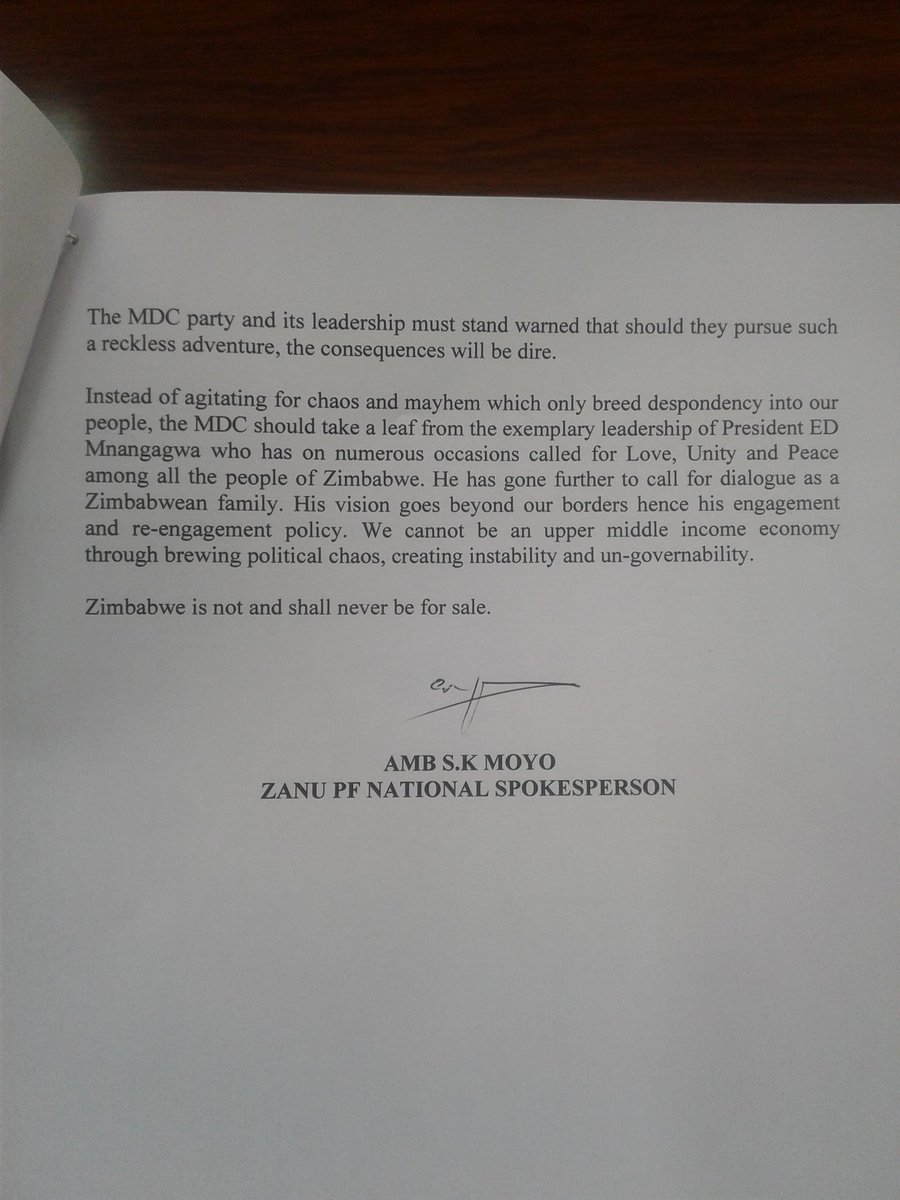