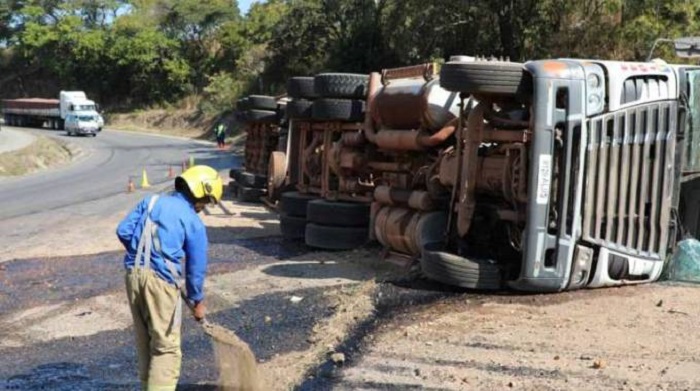 A haulage truck ferrying 30 000 litres of fuel reportedly overturned at Christmas Pass in Mutare and spilt the fuel onto the ground.

The truck was reportedly coming from Beira and was going to the Democratic Republic of Congo.

The Manica Post reports that the truck driver Its driver, a Congolese, was injured and rushed to Mutare Provincial Hospital.

The police suspect that the driver lost control of the vehicle resulting in the accident.