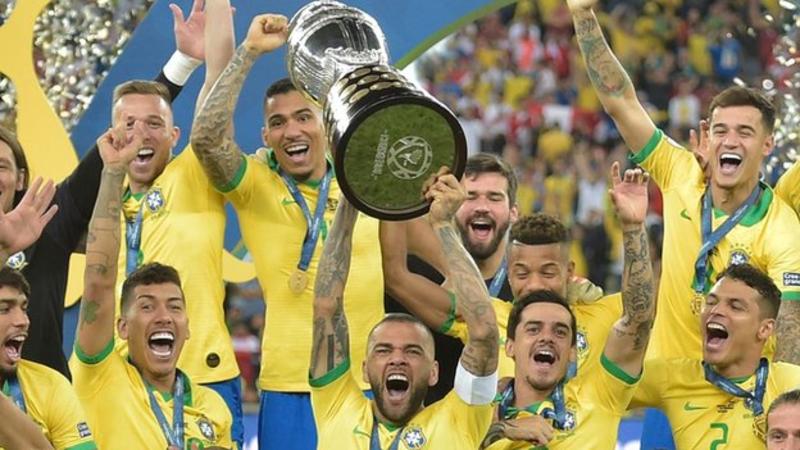 Gabriel Jesus scored one goal and assisted another before being sent off as Brazil won a first Copa America title in 12 years, beating Peru 3-1.

The Manchester City striker set up Sousa Soares to volley in the opener (15′) before scoring the decisive second (45’+3).

Jesus turned from hero to villain in the 70th minute when he was sent off after picking up a second yellow card, kicking a water bottle and then pushing over the VAR monitor as he left the pitch.

Everton striker, Richarlison sealed victory from the penalty spot (90′) after coming in as a late substitute for Roberto Firmino.

This was Brazil’s ninth title overall and came after beating arch-rivals Argentina in the semi-final.

The victory also maintained Brazil’s record of winning the Copa America every time they have hosted it.