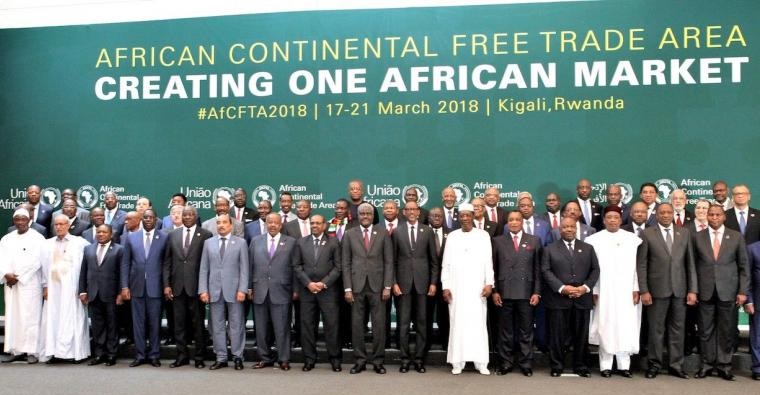 African leaders on Sunday launched a continental free-trade zone in Niger. The development is expected to create a $3.4 trillion economic bloc and usher in a new era of development.

The launch comes after an agreement to form a 55-nation trade bloc was reached in March.

Ghana was, at the summit, announced as the host of the trade zone’s future headquarters and discussions were held on how exactly the bloc will operate.

The AFCFTA is the largest trade zone since the creation of the World Trade Organization in 1994.

The eyes of the world are turned towards Africa.

The success of the AfCFTA will be the real test to achieve the economic growth that will turn our people’s dream of welfare and quality of life into a reality.

Member states have committed to eliminating tariffs on most goods. The IMF estimates that this will increase trade in the region by 15-25% in the medium term.

Africa has been dependent on donations from other continents, a scenario that has stifled the implementation of its projects and programmes. The dependence syndrome has also taken away Africa’s autonomy at both economic and political issues.

Developed economies have been giving aid to Africa so as to support their interests at the geoeconomic and geopolitical arenas, particularly at the United Nations.