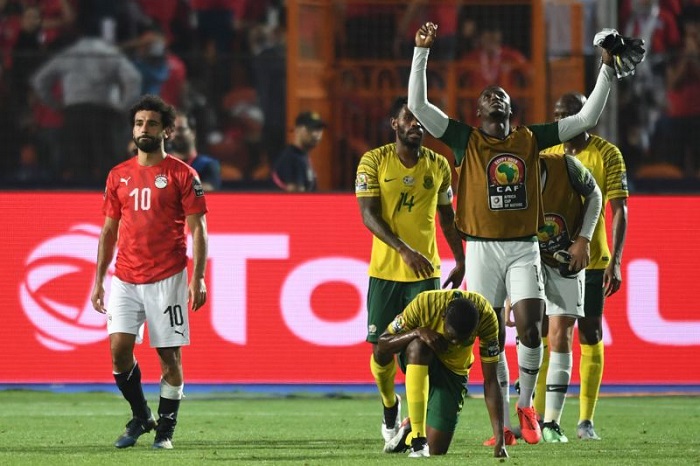 South Africa soccer plays are poised to bag lots of cash for qualifying to the quarterfinals of the 2019 Total Africa Cup Of Nations finals which are underway in Egypt.

According to South Africa media, Bafana Bafana players will each be paid at least R520 000 in South African Football Association (SAFA) bonuses after qualifying for the quarter-finals.

There is a possibility for the figure to go up immensely should they progress further in the tournament.

South Africa progressed to the quarter-finals after beating host nation Egypt, 1-0 in their round of 16 clash on Saturday. Bafana Bafana will now meet Nigeria on Wednesday, July 10 (kick-off at 21:00 SA time) in the quarter-finals in what will be their third ever AFCON clash.

Below are Bafana Bafana’s SAFA AFCON player bonuses as reported by Soccer Laduma: