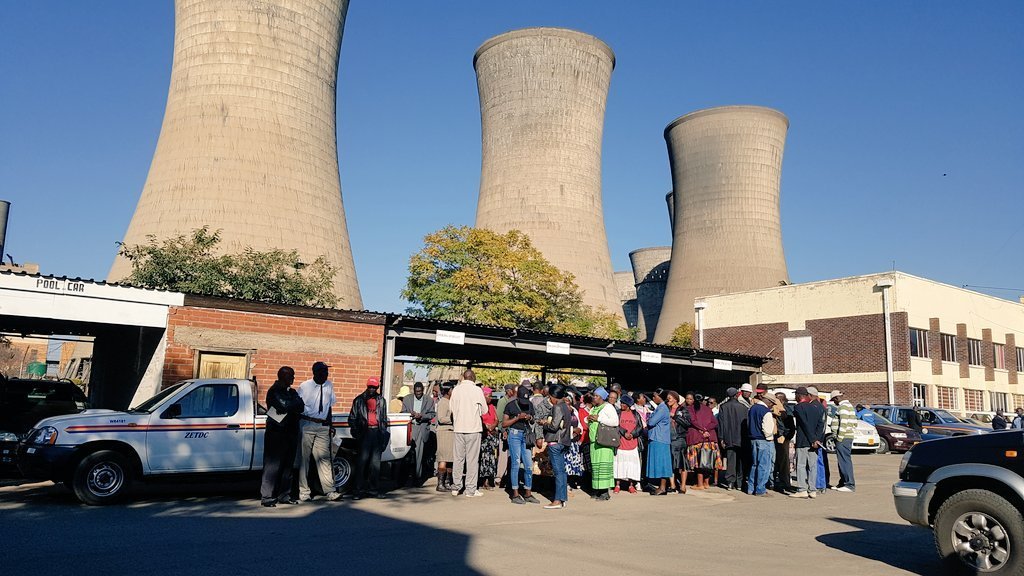 Bulawayo City councillors on Friday left a stakeholders meeting that was chaired by Energy and Power Development Minister Fortune Chasi in a huff following a disagreement over the proposed ZPC plans to demolish two cooling towers at the power station.

The councillors claimed that they were never consulted when “arrogant” ZESA officials decided to pull down the symbolic structures.

Minister, we want to make it very clear that we attended this so-called stakeholders meeting under protest.

Firstly, we are stockholders to the cooling towers and not stakeholders.

We own the cooling towers and yet we are not even on the programme of the day.

Mguni said that since the issue of the towers was before the courts, it cannot be deliberated on. He said:

Honourable Minister, as a lawyer, you know very well that when an issue is before the courts, it cannot be deliberated on.

We have three pending courts cases against three ZPC subsidiaries including this issue of the cooling towers.

ZPC General Manager in charge of Plant Revival, Engineer Fannie Mavhondo told the meeting that only cooling towers 1 and 2 will be demolished as they had deteriorated badly and were now susceptible to collapse. He said:

Cooling Tower 1 and 2 have deteriorated badly. These two towers are the oldest structures and they manifest advanced symptoms of deterioration including some holes right through to their hyperbolic cells.

If one of these towers were to collapse it might inflict damage on adjacent structures including cooling tower 3.