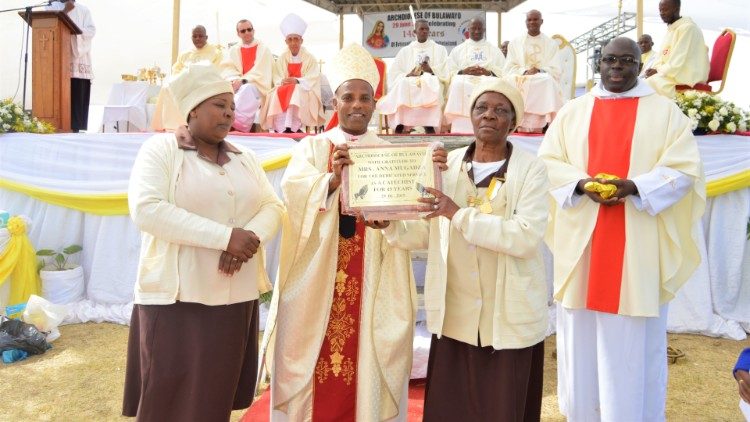 Head of the Roman Catholic Church, Pope Francis, has honoured two Catechists in the Matebeleland region.

The two are Anna Mugadza and the late Alexander Regis Gwenelo who were honoured for their contribution as Catechists in the Archdiocese of Bulawayo during a ceremony held recently at Bulawayo’s Our Lady of Fatima in Pumula South.

Mrs Anna Mugadza received special recognition from the Pontiff for her 45 years sterling contribution as a Catechist in the Archdiocese of Bulawayo while Mr Alexander Regis Gwenelo was honoured posthumously.

Archbishop Alex Thomas of Bulawayo lauded the duo’s contribution in the growth of Catholicism in Matabeleland. He said:

These people toiled on foot and sometimes on bicycles in a bid to spread the mission of Christ. Most of you remember the name “Mr Gwenelo” who was very instrumental in shaping people’s faith through the Catechism in the Archdiocese.

He worked hard for the Archdiocese to be what it is today. There are many other Catechists whose work we cherish for supporting the mission of the Church and for their zeal to educate people about the values of the Gospel.

Catechists play a huge role in the spread of Catholicism. They are usually designated and trained people who introduce Catechumens, candidates and young people to the Catholic faith.

They carry out pastoral duties in areas where priests are unavailable.