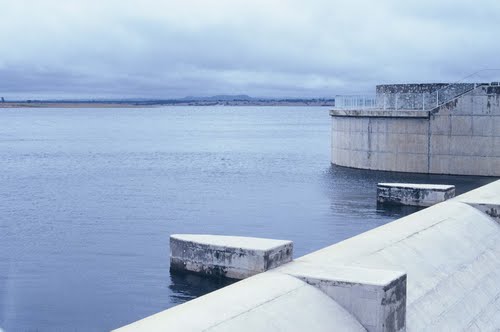 The city of Gweru is facing a potential water crisis with reports indicating that raw water at its main supply dam, Gwenhoro has fallen to just 18 per cent.

Gweru Mayor Councilor Josiah Makombe told a full council meeting on Tuesday that the water levels have receded to that point due to depressed inflows during the rainy season. He said:

Our major source of raw water at Gwenoro dam is now at 18 per cent capacity because we did not receive enough rainfall during the last season.

The City is making frantic efforts for the procurement of two Amapongokwe pumps. The price of a single pump is estimated at plus or minus US$500 000.

Gweru Town Clerk Ms Elizabeth Gwatipedza revealed that the council has engaged Unki Mine and a bank in a bid to get loans to sink commercial boreholes. She said:

There is hope to alleviate the water shortage situation after the Infrastructure Development Bank of Zimbabwe (IDBZ) said they could advance the City with a loan to sink 20 commercial boreholes to feed directly into the water supply system despite them not forthcoming with a loan to buy new pumps for Amapongokwe.

We have done all the necessary surveys and preparations for the sinking of the boreholes.

Gwatipedza said that Gweru is still waiting for funds promised by the government way back in 2017 to acquire pumping equipment for Amapongokwe.