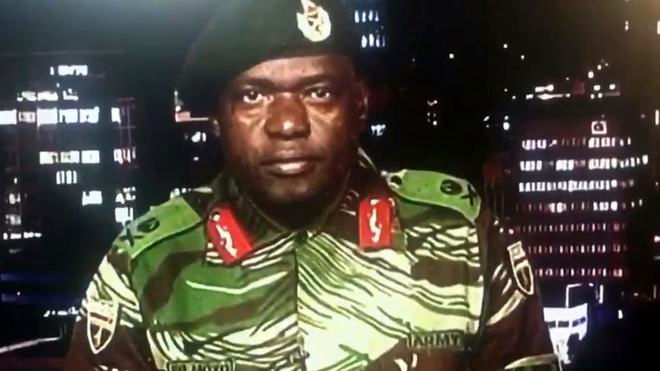 Spokesperson of the National Patriotic Front (NPF), Jealousy Mawarire opines that dialogue between President Emmerson Mnangagwa and MDC leader Nelson Chamisa without military involvement is a waste of time as the former is a mere puppet of the “junta”.

I believe what is happening in Sudan should be the kind of dialogue we need in Zim, not POLAD. We need an inclusive dialogue forum where the military is also represented. The major problem we have in Zim is military involvement in politics. The army took over Zanu-PF, government and state.

Under a military junta, it doesn’t help to have Chamisa meeting the military puppet Mnangagwa under a false pretext that what we have is an electoral dispute. We had coups in 2008 and Nov 2017. We are under a military regime so we have to negotiate with the army.

A broad-based alliance of democratic forces which includes progressive political parties, civil society including labour, youth organisations, church and women’s groups should negotiate with the army and its Zanu-PF political wing to move us out of the mess we are in.

Anyone who believes the crisis in our country is a bilateral issue between Chamisa and Mnangagwa is operating under a wrong diagnosis. We need to rescue our politics from military capture. Zanu-PF is captured by the army, the state is also captured, so is govt. That’s the crisis.

Dialogue without the army on the table will never yield sustainable peace. We need to dialogue with the army, agree on fundamental political, electoral and security sector reforms. As long as the army has a political wing which participates in elections as Zanu-PF, we are doomed.

Nelson Chamisa meeting Mnangagwa in bilateral talks is a waste of time. The problem is bigger than the two. It’s a national crisis, not a bilateral issue. The problem is the military factor in our electoral politics resulting in the capture of political parties, state, and govt by the army.

We, therefore, need a multi-stakeholder dialogue to deal with the elephant in the room (military involvement in politics). We need SADC and AU to convene and facilitate that dialogue and guarantee the outcome. Assuming that our problem is an electoral dispute between Nelson Chamisa and ED is fatal.

4 comments on “FULL THREAD: Dialogue Should Involve The Army Since It Took Over Govt & ZANU PF – Mawarire”