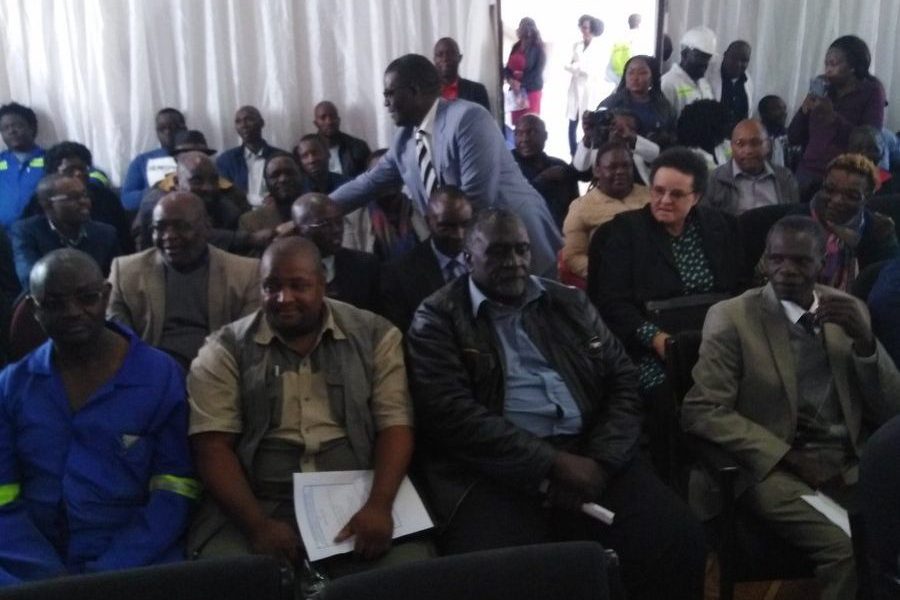 The Minister of Energy and Power Development, Fortune Chasi has met with Bulawayo residents and apologised for  ZESA’s failure to adequately explain to the community the planned demolition of two iconic cooling towers at the Zimbabwe Power Company (ZPC) Bulawayo power plant.

Bulawayo residents, the city council and the Minister of State for Provincial Affairs complained that they had not been consulted over the demolitions of the towers.

Speaking to the stakeholders, Chasi asserted that the project is of immense benefit to the nation. He said:

We will get young artists from Bulawayo to capture the artistic expression of the Ndebele culture. We also understand that this project has many benefits for the nation.

ZESA engineer, Fani Mavhondo told the meeting that the towers will be pulled down for safety reasons and that the project will result in the addition of 90 megawatts to the national grid. Said Mavhondo:

This decision came after doing feasibility studies. We will bring down the towers solely for that purpose but out of the six, four will remain.

The iconic towers gave Bulawayo its famous nickname Kontuthu Ziyathunqa (Smoking City) as they spewed white steam into the air when the plant was operating at its peak.