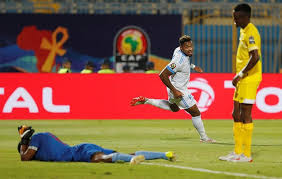 Update on the Zim/DRC match-fixing allegations. TP Mazembe owner Moise Katumbi totally denies that he paid Warriors keeper Elvis Chipezeze to fix the match. Katumbi says that he was only in Egypt for the DRC’s first game and then went back to Belgium.

The Warriors shocked supporters after a lacklustre performance which resulted in a 4-0 demolition at the hands of DRC.

Surprisingly, DRC had lost its previous two matches, by the same 2-0 margin to Uganda and Egypt.