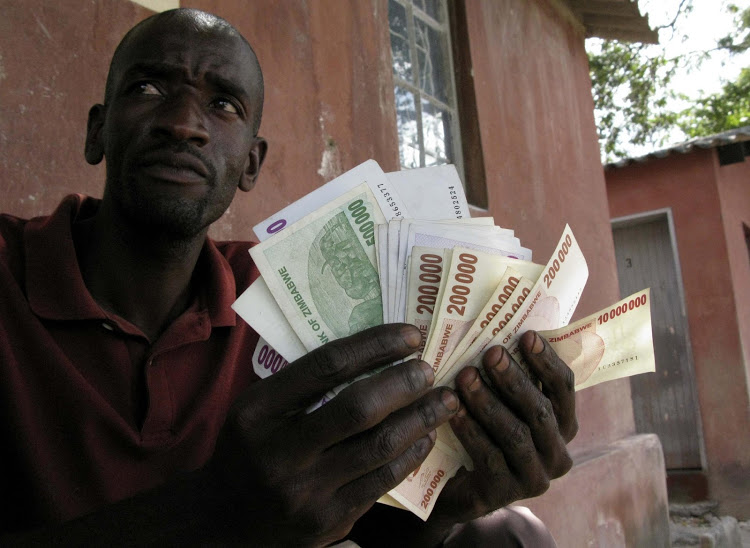 A Harare man, Godfrey Mupanga, yesterday (02/07/019) filed an application at the High Court seeking to set aside Statutory Instrument 142 of 2019 which scrapped the multi-currency system. The SI also made the Zimbabwe dollar the only legal tender for domestic transactions. 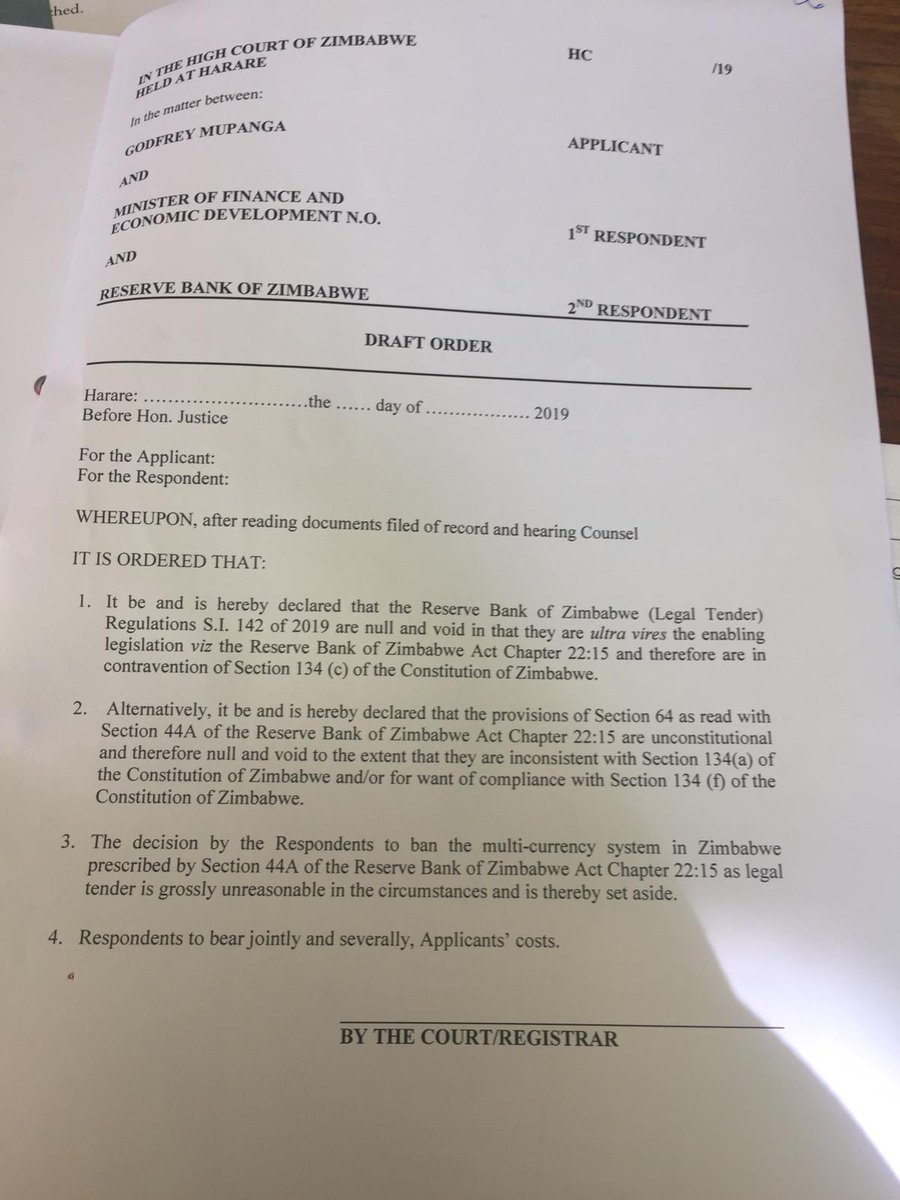 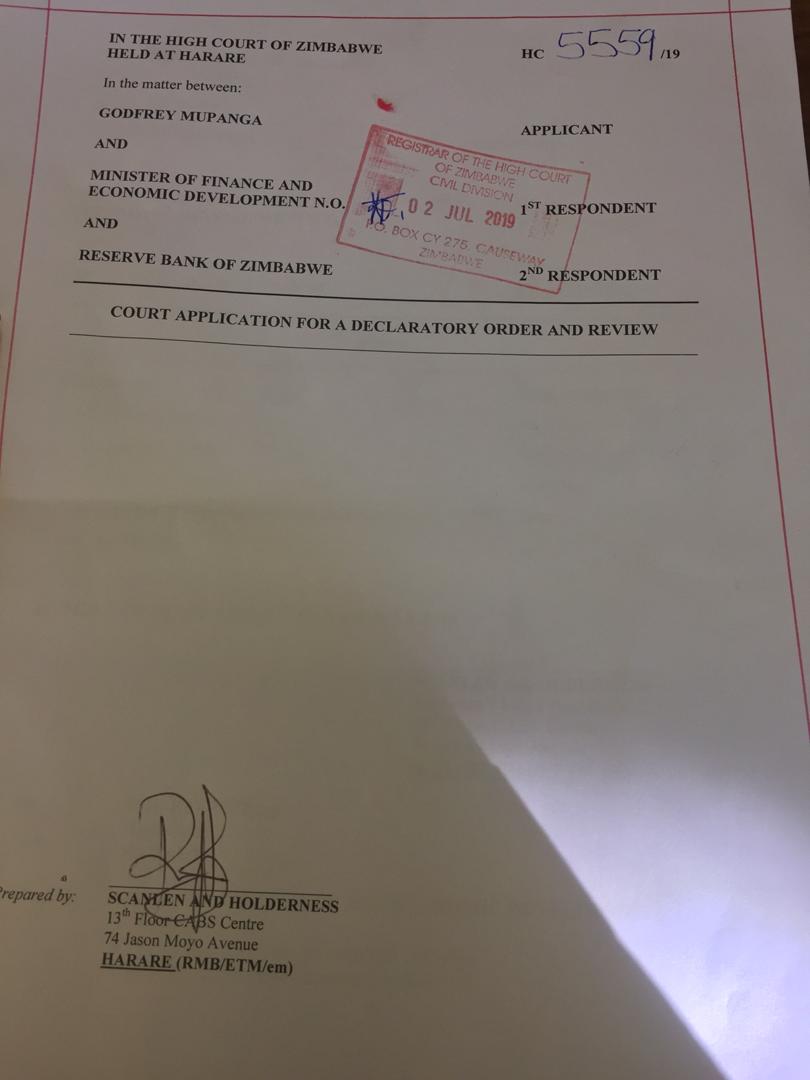 The High Court is yet to set down the matter for hearing.

Meanwhile, the government has said that there is no turning back on currency reforms.