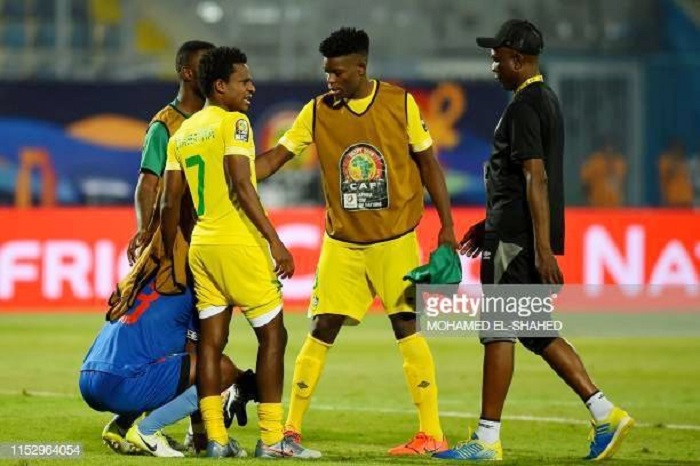 Zimbabwean goalkeeper Elvis Chipezeze has apologised to the nation, technical staff and teammates, Warriors for his mistakes which robbed the team a chance to proceed to the 2019 Total AFCON knockout stages. Zimbabwe lost that match with four goals to nil. Chipezeze was at fault in three out of all the goals. The fourth was a penalty awarded to the Leopards of the Democratic Republic of Congo after the referee said the Baroka goalkeeper had fouled a DRC striker. His ‘heartfelt’ apology reads:

I am here today to again apologize for the mistakes I have made and the embarrassment I have caused. I make this apology to my nation n my teammates also nt 4getin the technical staff

If Zimbabwe had won the match, they were going to proceed to the knockout stages given that the hosts of the tournament, Egypt had beaten Uganda with two goals to nil. Even if Uganda had won against Egypt, a win for Zimbabwe would have seen the Warriors proceeding as best third placed team.

Zimbabwe displayed poor performnance at the tournament. They only managed to attain a single point from three matches. Although they lost against Egypt in the 2019 AFCON opener, they had played better that the supporters gained some hope that probably they would proceed to the knockout stages.

The Warriors however failed to utilise the chances they created against Uganda as Knowledge Musona missed golden opportunities.