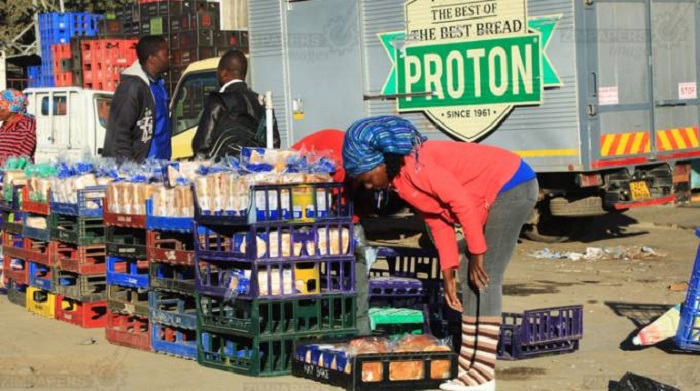 Customers stampede for Proton Bread In Harare as it becomes very scarce.

The Herald reports that most supermarkets and registered tuckshops in the city centre, Chitungwiza, Mabvuku, Mbare, Budiriro, Kuwadzana and Warren Park are no longer selling bread because of the practice.

Salespersons are reportedly offloading bread on the black market at $4 and or $4,50 per loaf, instead of shops. The sales representatives then pocket the difference. They demand payment in cash. The burden will then be passed on to the consumers who are forced to buy a loaf of bread at $6 cash from the vendors.

Wala warned against selling bread at outrageous prices saying that there will be consequences. He said:

As far as we are concerned, the retail price of a 700g loaf of bread should not exceed $4. Bread must be sold on the formal market. If one sells a loaf of bread over and above $4, they should be answerable for their actions.

Zimbabwe is facing an acute shortage of bread as wheat reserves have depleted. The scarcity of foreign currency to import wheat from other countries is another factor worsening the issue.