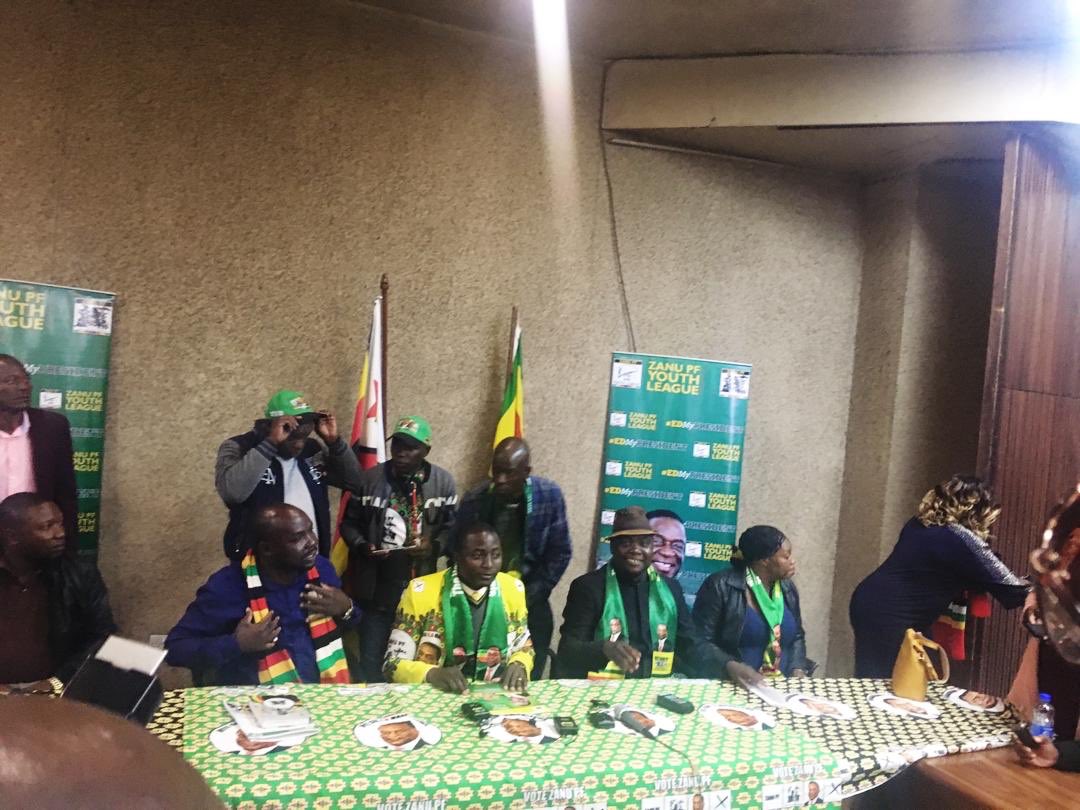 The ZANU PF Youth League on Monday accused some top party officials of corruption and declared that it will not allow them to come to the party headquarters until they clear their names.

While addressing the media at the party’s headquarters on Monday afternoon, the Youth League’s deputy secretary Lewis Matutu said:

All the party members fingered in the corruption should do the honourable thing and not report for work tomorrow until they have cleared the allegations made against them.

High ranking officials who work at the party headquarters should stop reporting for duty with immediate effect until they clear their names before the President and the courts.

We are going to lock out all the Zanu-PF officials from entering their offices until they have cleared the allegations with immediate effect.

Among the top party heavyweights named by the Youth League are Jorum Gumbo, Prisca Mupfumira and Obert Mpofu.

However, ZANU PF secretary for Legal Affairs Munyaradzi Paul Mangwana said that the allegations of corruption have to be proved in court.

When reached for comment by The Herald, party spokesperson Simon Khaya Moyo said that he was in Plumtree and was not aware of what was happening in Harare.