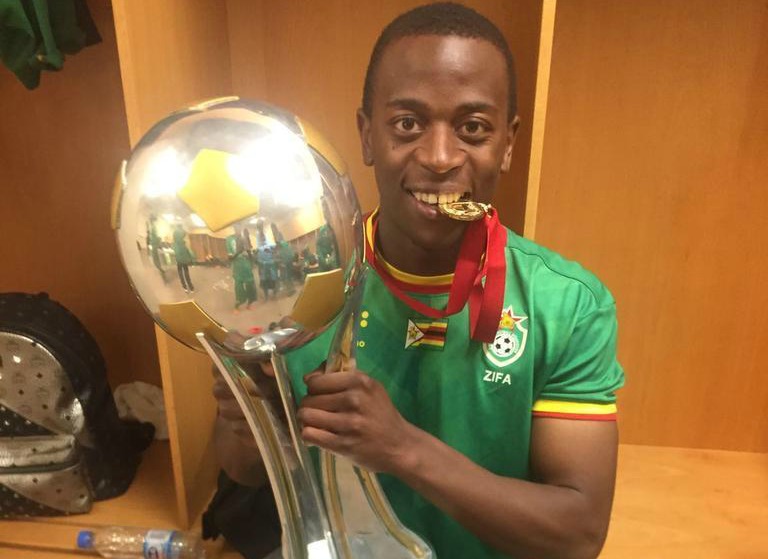 United Kingdom-based Zimbabwe Warriors defender, Alec Mudimu believes that the match against Uganda will not be a stroll in the park.

The 24-year-old defender, who played the entire 90 minutes against Egypt, revealed that the Warriors players and technical crew are working very hard ahead of the clash with the Cranes at the Cairo International Stadium on Wednesday. Said Mudimu:

They (Uganda) are a very good team, very organised, but I have a lot of respect for the (Zimbabwean) technical team.

It’s one game we’re not going to take lightly. We’re going to go into the game full throttle, expecting to get a result. We’re working very hard in our preparations.

Mudimu identified the Warriors’ weak link as its creative shown in the 1-0 to Egypt.

The Warriors failed to create any clearcut chances in the match. Added Mudimu:

Collectively as a team, we didn’t create many chances against Egypt and that’s one thing we need to improve on. I feel sure if we can play exactly the same way we did and go another gear up we will definitely get a good result.

Mudimu plays for Cefn Druids AFC, a Welsh club he joined in 2017.

Having left Harare at a very young age, Mudimu grew up in Hertfordshire and began his career at Sheffield Wednesday, before moving on to Stalybridge and Northwich Victoria.