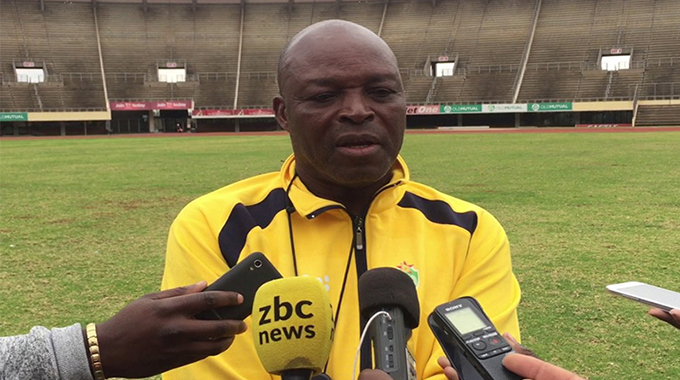 Warriors coach, Sunday Chidzambga, said that a victory over the Cranes of Uganda in Wednesday’s match is non-negotiable.

Chidzambga believes that Uganda’s victory over the Democratic Republic of Congo (DRC) is now water under the bridge.

Uganda’s potent frontline holds no fear for “Mhofu” as he believes that his charges are good enough to compete against the Ugandans. Said Chidzambga:

If we are to get to the next stage we have to beat Uganda and it’s high time we achieve that feat. I mean as far as I am concerned we are playing against 11 Ugandans.

The fact that they beat DRC is water under the bridge. They have done well, but this is a new game altogether.

They are very physical, they have a very good frontline, their left-footed right-winger and central striker are dangerous and we need to take care of them, but we have our own good players and from the way we played in the second half (against Egypt), I think we can take on anyone in Africa, I am not scared at all.

Uganda sits on top of Group A on goal difference having beaten DRC 2-0 while hosts Egypt beat Zimbabwe 1-0. Both teams have 3 points apiece.