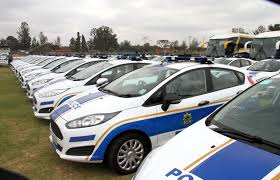 The Central Mechanical and Equipment Department (CMED) will, starting in July, install trackers on all Government vehicles.

According to CMED chief executive officer Engineer Davison Mhaka, the move is meant among other things, to prevent abuse of the vehicles and monitor the behaviour of drivers. He said:

To ease the management of this fleet, CMED has harnessed the power of technology by placing all pool vehicles under a vehicle tracking system that enables the organisation to monitor and control each vehicle.

By so doing, CMED will be in a position to enforce directives from Government, for example, to ensure that such vehicles are left parked at offices after work.

This is possible because the tracking system has a switch on/off facility which CMED remotely uses to enforce Government directive.

The tender for the tracking system was floated in March 2019 and was awarded to a local company at the end of May. Installation of the system will start in July 2019.

… Over and above that, the tracking system also offers the following benefits; it safeguards Government assets as driver behaviour is monitored in terms of speed, braking habits and fuel consumption and stolen vehicles are recoverable through the system’s remote control switch on/off facility.