There is no certainty as the new currency revokes memories of the original Zimbabwe dollar that was ditched in 2009 following hyperinflation which reached a record high of 231 million percent as per the official statistics.

The RBZ announced a dramatically jump of interest rates from 15% to 50%. Raising the interest rates was one of several measures the central bank announced on Monday to support the Zimbabwe dollar.

Read the FullText below. 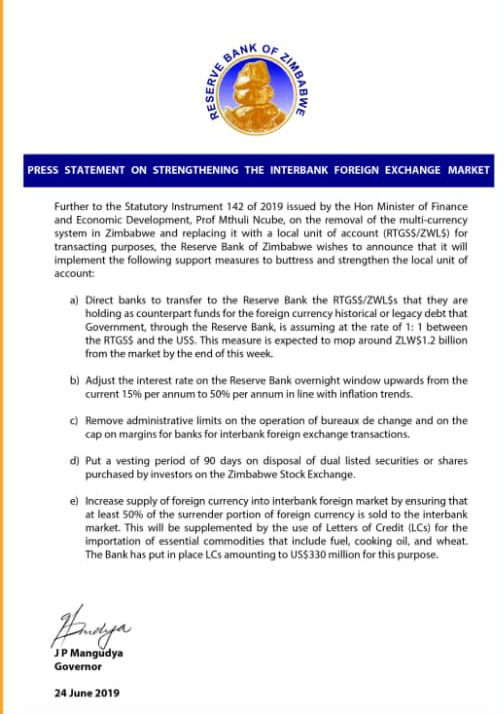