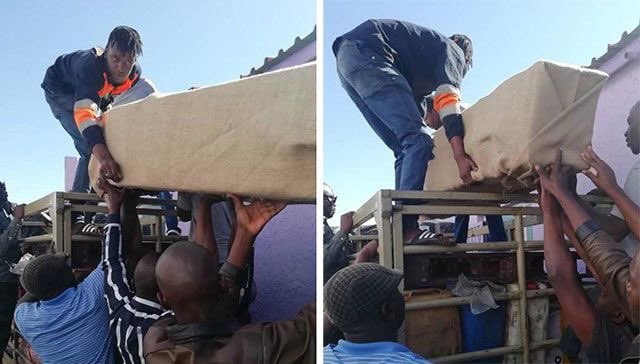 A Zimbabwean national living and working in Namibia was killed recently during a joint operation between the country’s police and defence forces.

The shooting and killing of Fambauone Black came to light after members of the public in Namibia called for the withdrawal of the Namibian Defence Force (NDF) from a security operation being conducted in conjunction with the police, Operation Kalahari Desert.

22-year-old Fambauone was a taxi driver at the time of his demise and had been in Namibia since last year.

As concerns of public safety were raised, Namibia’s Police inspector general Sebastian Ndeitunga vowed that soldiers will remain part of the police-led operation.

Emmanuel Black, the deceased’s brother, told The Namibian on June 16 that they face the insurmountable task of raising enough money to give Fambauone a befitting send-off.

The family estimates that repatriating the body to Zimbabwe would cost N$30 000. They are relying on donations from fellow taxi drivers for the exercise.

Famabuone’s alleged killer, Gerson Nakale (38), was denied bail when he appeared in the Windhoek Magistrate’s Court in Katutura on Friday. He faces a charge of murder, and his case was postponed to 15 October.

Emmanuel told The Namibian that Fambauone or ‘Talent’/ ‘Chale’ as he was known wanted to further his education.

The Namibian reports that the People’s Litigation Centre has called on president Hage Geingob to remove NDF members from ‘Operation Kalahari Desert’ before Friday, 21 June, or face legal action.

The People’s Litigation Centre (PLC) made the demands in a letter to Geingob dated 14 June 2019.