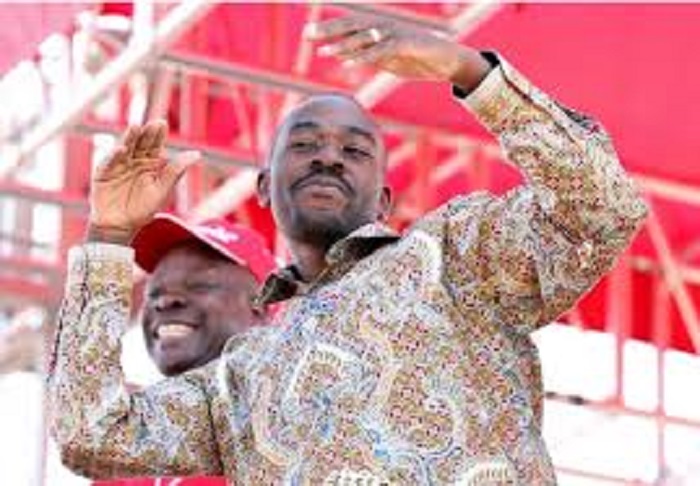 MDC president Nelson Chamisa said that Zimbabwe is awash with the foreign currency which is adequate to meet the country’s needs.

Chamisa opined that the problem is that the forex is not in banks but is kept in the homes of the affluent who are afraid of losing it in banks.

Speaking to journalists in Harare on Sunday, Chamisa said:

I know the question is where will you get the US$? The US$ is here in the country, nobody is going to put their money in a hole.

The biggest hole is the government, so they don’t want to invest in banks because they know there is no confidence.

If you go to houses, particularly in those other suburbs, you will have the banks of Scotland, the bank of India, all sorts of currencies, but the people will never deposit them in the banking system because there is no confidence.

The cash crisis is a political crisis, so you cannot resolve this so-called cash crisis without resolving the fundamental governance issues and politics is the issue.

(Former United States) President Bill Clinton once said it is politics stupid and in our situation, it is the politics, stupid. What does it mean? Let’s resolve the politics and we will be able to unlock the economy.

Chamisa chided Finance Mthuli Mcube for reporting a false surplus based on fake currency. He said:

You can’t have this fake currency and you want to report false surplus which, in real terms, is not there. So we need to deal with that issue; and if we are in government, we will deal with it.

President Emmerson Mnangagwa and his Finance Minister have promised a new currency in Zimbabwe in the near future.

However, market watchers believe that without political reforms, the new currency will suffer the same fate as the Zimbabwe Dollar, Travellers’ Cheque, Bearer Cheque and Bond Note.