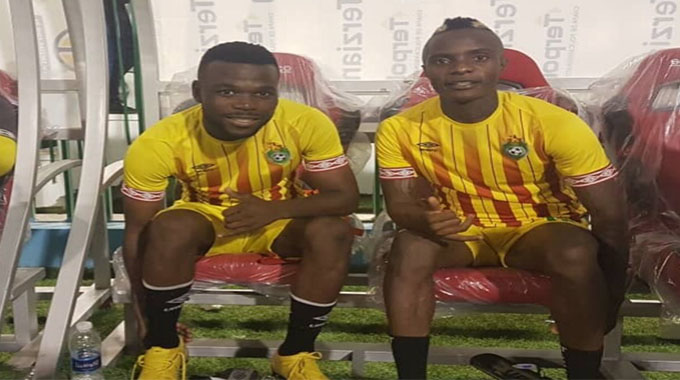 Warriors striker, Knox Mutizwa, said that the team is determined to reach the knockout stages of the Total Africa Cup of Nations, a feat Zimbabwe has not yet managed to do.

Mutizwa, who plays for ABSA premiership side Golden Arrows, was speaking after Saturday evening’s training session at the El sekka-el Hadid SC Stadium in Egypt.

Speaking in an interview with the Chronicle, Mutizwa said:

We are determined to become the first group of Warriors to sail through to the knockout stages of the tournament. The spirit in the camp is amazing while the belief is just superb.

I know the whole nation is behind us and once we come out of these group games, then I can assure Zimbabwe that they will witness the unstoppable force of this band of Warriors.

The loss is behind us now, we don’t want to think back as that will derail us from our journey.

Mutizwa believes that if the Warriors as they did in the 1-0 loss to Egypt, they will be unstoppable. He said:

If we go with the same spirit that we exhibited against Egypt, I don’t see anything stopping us, but this is not to undermine or underrate our opponents.

We are aware that history lies before us, that of becoming the first team of Warriors to get into the knockout stages of this tournament and we are so eager.

I believe if we go through to the knockout stages, then our dream would have become a reality and we won’t look back.

Football is unpredictable, but we are so confident that we will win the remaining two games. We don’t want to start looking at permutations and hoping this team wins by such a margin, no, we want to be masters of our own destiny