NewsDay has chronicled a chain of events which have built upon each other leading to the demise and reintroduction of the Zimbabwean dollar since 1997 to date.

The publication claims that all the issues started with the issuance of ZW$4.2 billion to the war veterans in 1997. The money was unbudgeted for. This was followed by a number of other government policies including the ordering of companies to close their foreign currency accounts. All these and a couple of other events that followed resulted in the demise of the Zimbabwean dollar. It was only resurrected on Monday by the government. Read the full text below. 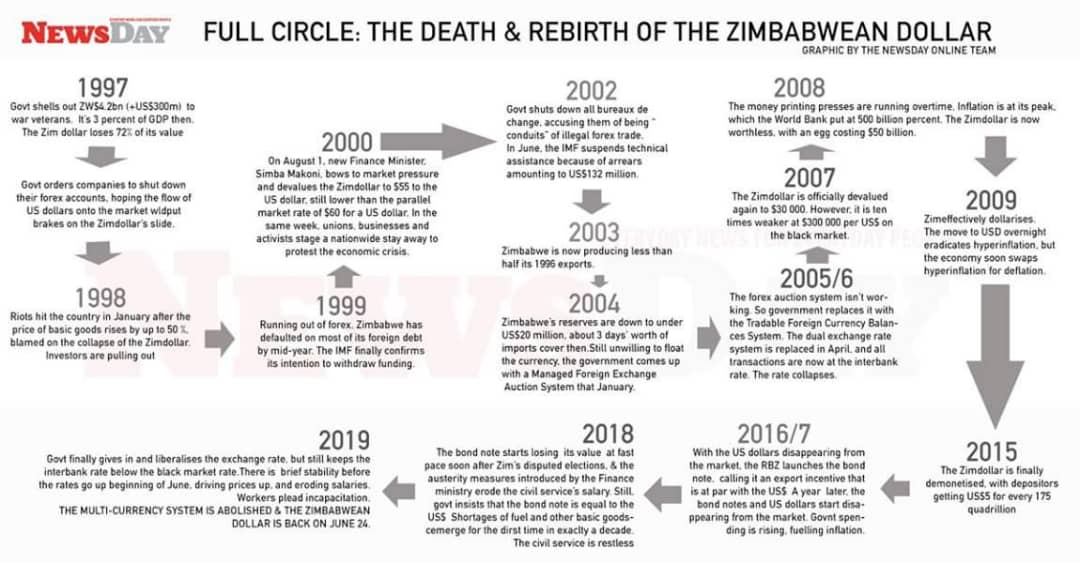