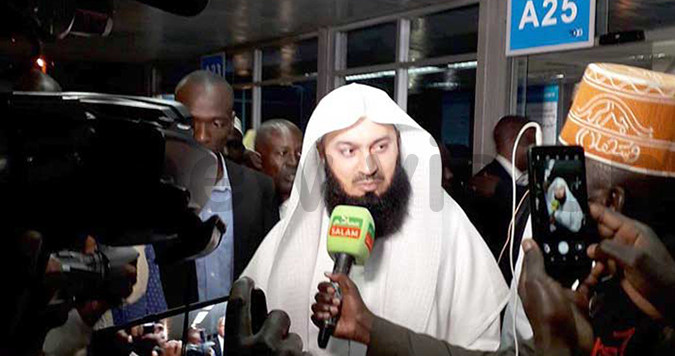 Highly regarded Zimbabwean muslim scholar, Mufti Ismail Menk, attracted thousands to fill a stadium in Uganda where he was presiding over celebrations to mark 175 years of Islam in Uganda.

The Mufti of Zimbabwe Ismail ibn Musa Menk is in Uganda on a three-day visit.

He arrived at Entebbe International Airport at 2:40 am on Thursday morning and was received by the deputy Mufti Sheikh Abdallah Ssemambo, second deputy Mufti Sheikh Ali Waiswa, the secretary general of the Uganda Muslim Supreme Council, Ramadhan Mugalu, and officials from the Muslim community

Though little known in Zimbabwe, Mufti Ismail Menk is a respected leader in the muslim faith globally. He is the most followed Zimbabwean on Twitter with some 4.46 million followers, most of them from outside the country.