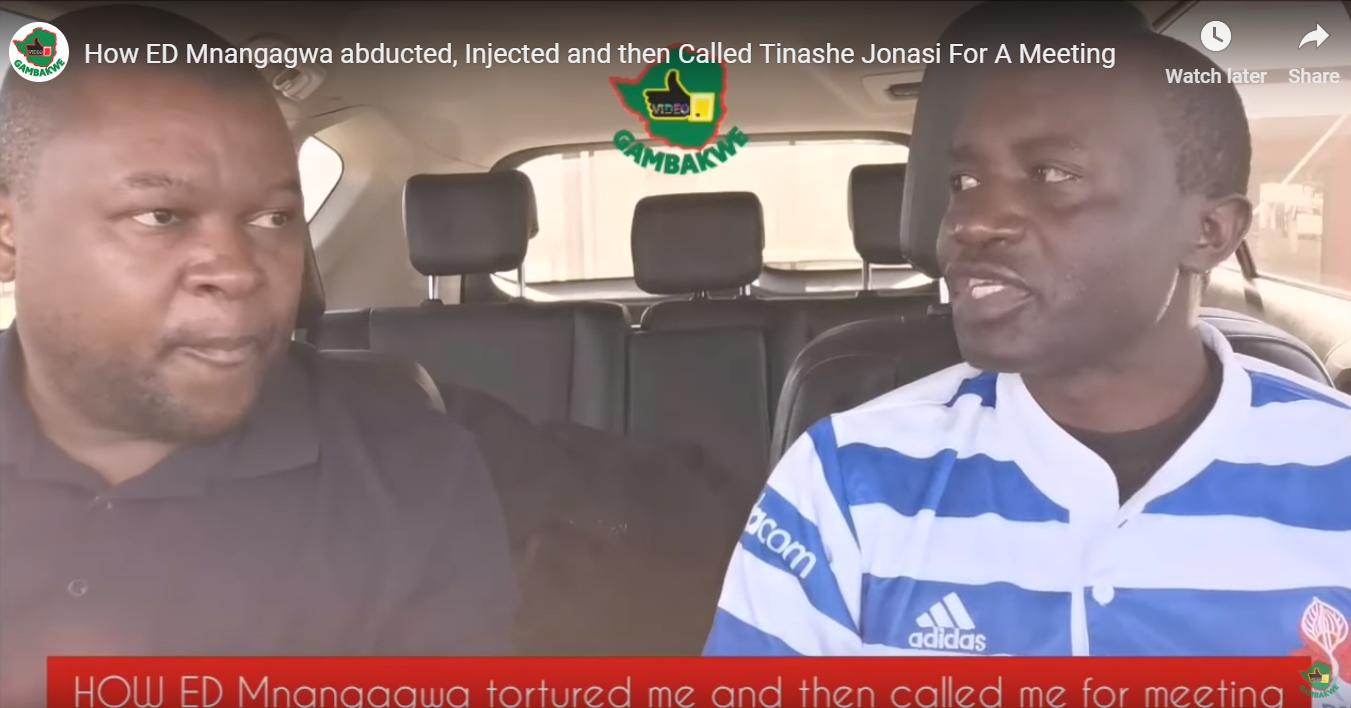 Activist Tinashe Jonasi narrates the ordeal of his arrest and interrogation at the hands of the police in Zimbabwe during an interview with Gambakwe Media.

Jonas was arrested on 11 March on 11 March and in the video says he was charged with “Insulting and undermining the authority of the president” and that he was tortured for about 10 hours by the more than 30 people.

Jonas was assisted by Zimbabwe Lawyers for Human Rights. He was initially denied bail. He was eventually granted $500 bail on 3 April 2019 by the High Court.

Part of the evidence used against Jonas was acquired from an interview Jonas did with BustopTV.