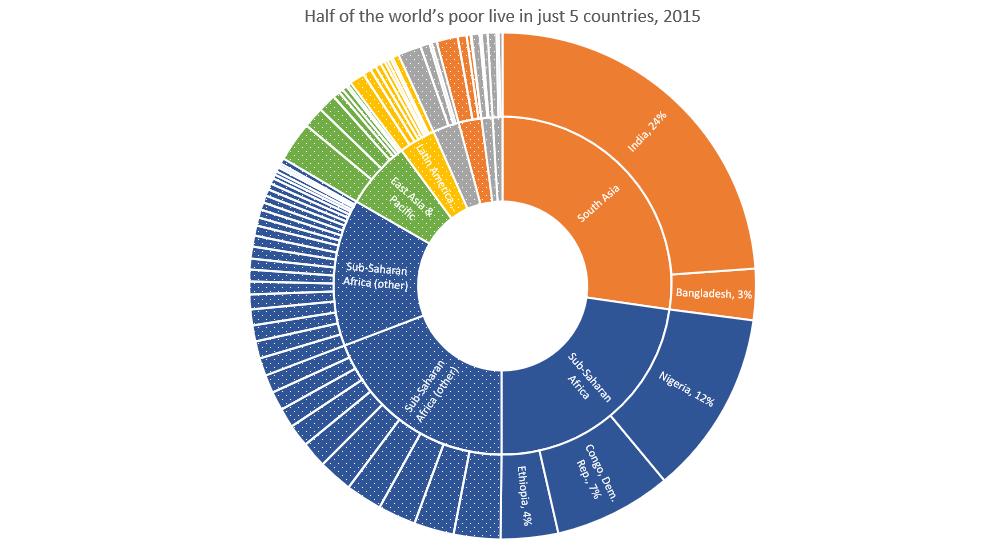 The world bank has made an interesting revelation that half of all the poor people in the world live in just 5 countries. The 5 comprise of 3 African countries and 2 Asian countries.

The South Asia country with a population of 1.36 billion people, the second most populous country in the world (after China) has 24% of all poor people in the world.

Nigeria is the most populous country on the continent with about 190 million people. According to the World Bank Nigeria has 12% of all the poor people in the world.

The country has about 87 million people and is home to about 7% of all the world’s poor people.

With a population of 112 million people, the World Bank says Ethiopia has about 4% of all the poor people in the world.

Also in South Asia, Bangladesh is home to 3% of the world’s poor people. The country has a population of about 165 million.

They also happen to be the most populous countries of South Asia and Sub-Saharan Africa, the two regions that together account for 85 percent (629 million) of the world’s poor.

However, we mustn’t lose sight of the numerous other countries with high poverty rates.

An outcome where extreme poverty is nearly eliminated throughout the world except in one region, sub-Saharan Africa, certainly does not portray a picture of a world free of poverty.