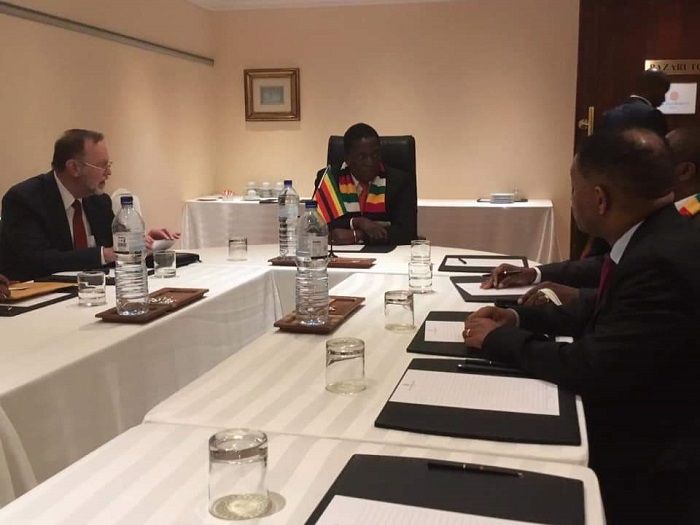 Finance and Economic Development Minister Professor Mthuli Ncube has said that he views the meeting between president Mnangagwa and the United States assistant secretary of State for African Affairs, Mr. Tibor Nagy as a milestone in Zimbabwe’s bid to reengage the international community. The meeting was held on the sidelines of the 12th edition of the US-Africa Business Summit

Ncube said that Zimbabwe was updating the US official on a number of issues. He said:

So, we really had a wonderful discussion, but also His Excellency was able to convey to American companies that; ‘Zimbabwe is open for them, we are open for business’.

Ncube also said that Zimbabwe raised the issue of CBZ Bank which was fined US$350 million. He said the country needed some assistance in paying the money. He added that Zidera and sanctions remained the biggest issues facing Zimbabwe. Watch the ZBC video below for more.

Meanwhile, Nagy revealed also that he had told the Zimbabwean delegation of the urgent need to address human rights violations. Nagy tweeted:

I met with Zimbabwean President Mnangagwa today. I stressed the urgent need to hold security forces accountable for acts of violence committed against Zimbabweans including in August 2018 and January/February 2019 and the importance of real political and economic reforms.