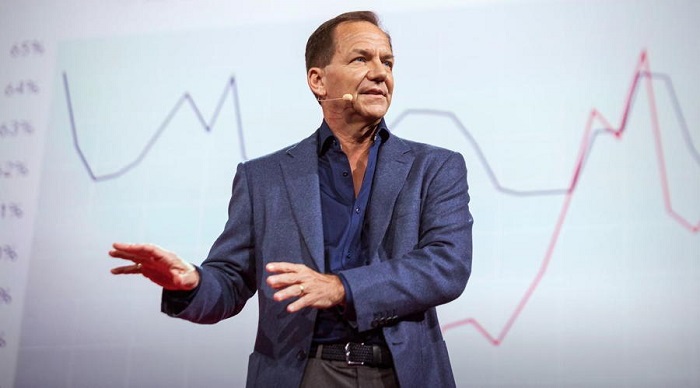 The sixty-four-year-old who is also the founder of the Robin Hood Foundation reportedly flew into the country accompanied by his wife, Sonia Margret Jones and two of his four children.
Jones came for his annual visit to Malilangwe Conservancy Trust, where he is believed to be the major shareholder together with Singita Game Reserve in Tanzania. He is expected to spend two weeks of his annual holiday in Zimbabwe at the five-star Singita Pamushana Lodge, a popular tourist destination for the world’s billionaires, which costs over $5 000 a night.

His entourage is believed to consists of seven other delegates including his friends, two pilots, a medical team and a few other staff members. They were received at the Buffalo Range Airport by Malilangwe chief executive Mark Saunders.

Are you in Zimbabwe?
Read Pindula News without data on your phone on freedata.pindula.co.zw
Only Applicable to Econet lines
#FreeData
Chiredzi

Chiredzi is a small town in Masvingo Province, founded in 1961. It is located near the Runde River, which has a tributary called the 'Chiredzi'. As the administrative center for Chiredzi District, it is where both the rural and district councils are based. Read More About Chiredzi

US Billionaire Flies Into Chiredzi