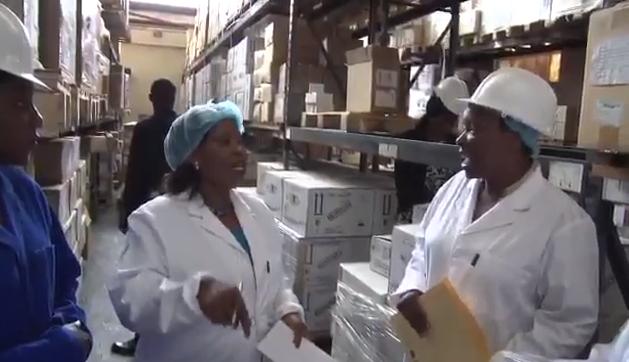 National Pharmaceutical Company (Natpharm) acting general manager, Newman Madzikwa has been sentenced to 20 months in jail after he was convicted of corruptly hiking drug handling fees from four percent to 15 percent.

Senior regional magistrate, Hosea Mujaya, suspended 6 months of his sentence on condition he does not commit a similar offence in five years after considering that Madzikwa was a first offender, has three minor children and was most likely going to lose his job following his conviction.

Mujaya said that courts needed to show no tolerance to corruption.

The State has correctly pointed out the consequences of your actions. Indeed such behaviour can cause the public to rise against the current administration.

Keeping you out of prison will show tolerance of such bad crime. I will therefore send you to prison for a shorter period.

Madzikwa’s lawyer Harrison Nkomo had pleaded for a non-custodial sentence arguing that his client stands to lose both his job and licence to practise in the pharmaceutical business following his conviction. Nkomo submitted that the act did not benefit Madzikwa personally. He said:

The Natpharm board and management had already agreed that drug handling fees must be raised from four percent. The proposed fees would have made Natpharm viable.

However, prosecutor Zivanai Macharaga petitioned the court to give Madzikwa a severe custodial sentence to erase the generally held view that public officers were could not be punished for corruption.