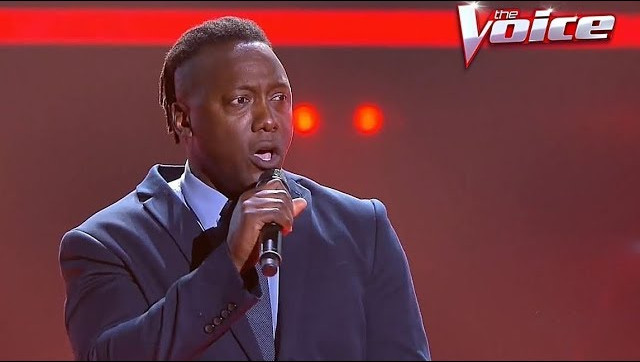 Former Zimbabwe fast bowler, Henry Olonga, has been knocked out of The Voice Australia singing competition. This came after his coach, Kelly Rowland, chose rapper Denzel over him during the battle round.

After some arguments amongst coaches, Kelly Roland chose Denzel who rapped Eminem’s Lose Yourself for the finals over Olonga who sang Adele’s Skyfall.

Some on social media did not accept the decision as they claimed that Olonga was the summary and symbol of the competition because of his good voice. Others, however, believe that Rowland might have feared that Olonga would choke on stage in the final as he did last week.

Olonga paid tribute to his wife Tara for standing by him during the competition. Olonga said:

So now it’s back to normal life, but I really need to pay homage to my lovely wife who in spite of mourning the death of her dad, Desmond Read, halfway through the journey stood by me and supported me through what must have been the most difficult of times for her and the whole family.

He also thanked all who stood by him during the competition. The former cricketer said:

You’re amazing Tara and thank you for putting up with a complicated man as I can be.

Thanks also to any friends who stepped in to support or do babysitting duties while I was away.