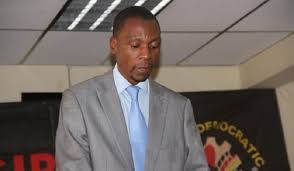 The MDC is seriously concerned that the broke Mnangagwa regime has the temerity to hire an American firm for over $US1 million to spruce up its image even as the nation struggles to procure basics such as medicine and fuel.

The regime has hired Avenue Strategies Global CC, a US firm to lobby Washington to drop sanctions against Zimbabwe. The scarce foreign currency is being splurged even as nurses and other key government services have threatened industrial action for poor working conditions and the absence of working tools.

It is our belief that there is no reason to waste scarce foreign currency on political cosmetology when all the regime in Harare should do is to stop repression, the clampdown on civil society and democracy activists and the wanton killings of its citizens, among other issues.

The improvement of the government’s human rights record will go a long way in improving the country’s image among the society of nations.

And the immediate cessation of violence and repression does not cost a single cent to a nation already reeling heavily under huge external and internal debt.

While the government has wasted scarce foreign currency hiring Avenue Strategies, the proper avenue to take to improve the country’s image is to stop bad behaviour, particularly the callous clampdown on innocent citizens.

Zimbabwe cannot afford to lose scarce foreign currency on issues that can simply be addressed by behaviour change.

The cheapest and most affordable consultancy firm is a deep soul searching by those in government whether they can really afford to procure multi-million dollar armoury aimed at their own citizens at a time millions of Zimbabweans are facing starvation.