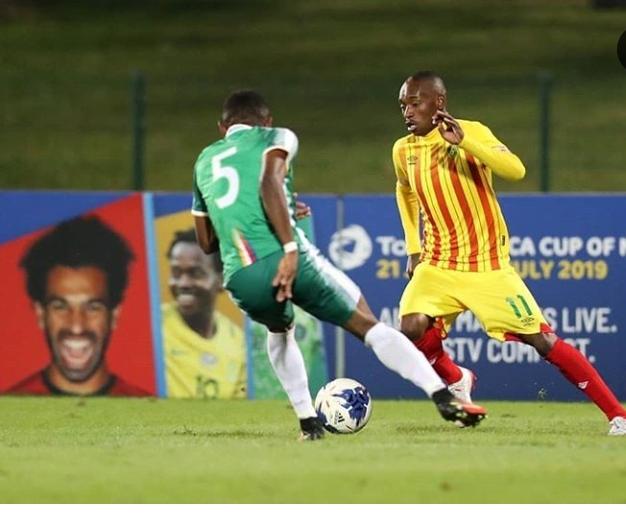 Khama Billiat is expected to return to full training today and to be totally fit for Zimbabwe’s opening 2019 AFCON Group A showdown against hosts Egypt at the Cairo International Stadium on Friday night. The Warriors influential forward missed three days of training because of a knee injury.

Warriors doctor, Somani Mudariki cooled down fears over the possibility that the Kaizer Chiefs forward could miss the opening battle against the Pharaohs saying that Billiat’s absence was just precautionary after he complained of pain in his knee.

Meanwhile, there are new concerns over midfielder Tafadzwa Kutinyu whose leg was in a strap yesterday after suffering a knee injury. Goalkeeper Elvin Chipezeze, who has been in contention for a place in the starting eleven on Friday given that regular number one George Chigova is suspended for that game, also suffered a concussion in the practice match against Tanzania on Sunday.

Speaking to the Herald, Mudariki said:

We will have to keep monitoring Chipezeze because there are procedures that we have to follow, but the important thing is that he never lost consciousness after the clash.

We are also monitoring Kutinyu and waiting for the scans, but Khama should be okay this week because what we did was just a precaution when he indicated to me that he had some pain in his knee from an injury he picked at the COSAFA Cup.