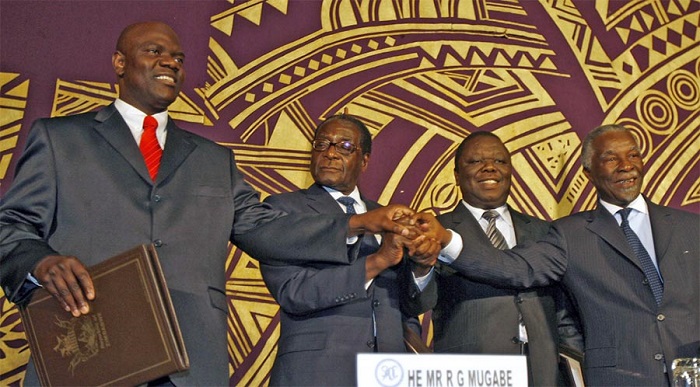 Former South African president Thabo Mbeki has said that President Mnangagwa is correct in convening the Political Actors Dialogue (POLAD). Mbeki also says it’s not enough to claim an election victory and where there’s a dispute to claim a court victory alone. In other words, it’s important to find a political solution. He also summmarises the MDC’s objections to the current dialogue and its demand for an independent convenor. He says since there’s an agreement in principle for dialogue, Zimbabweans must find a way to do it and the MDC must be part of it. Mbeki previously mediated a Zimbabwean political dialogue amongst three major political parties leading to a government of national unity (GNU) in 2009. Watch the video below for more.

"In the case of Zimbabwe, what President Mnangagwa has done is the correct thing.. "HE forner president Mbeki#POLAD pic.twitter.com/3OBT3Uq3tV