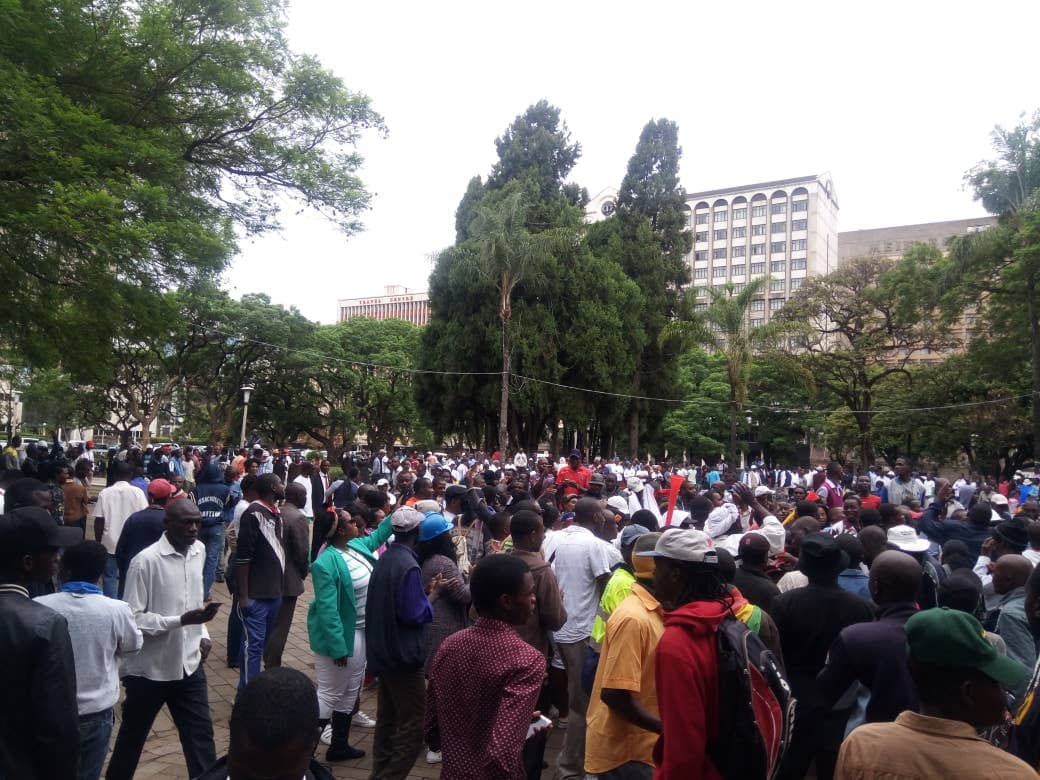 The Nelson Chamisa-led MDC party has said that the party’s planned demonstrations would continue despite threats by Zanu PF youths to counter their demonstrations.

The MDC said that the ruling party had no basis to stop their constitutional right to protest. This followed the Zanu PF youths’ threats on Thursday to squash the opposition party’s planned protests over the economic crisis.

These chains of reactions were prompted by the opposition’s threats to call for protests against President Emmerson Mnangagwa’s administration whom it accuses of presiding over a failed state of affairs. MDC spokesperson Jacob Mafume said:

These youths have got blood on their hands.

It is constitutional to hold an anti-government demonstration anywhere in the world and it is dangerous to create a quasi-group of people who threaten to deal with other people. It is dangerous for the State to keep quiet and not deal with those people.

Mafume’s remarks were echoed by MDC youth leader Obey Sithole who said that Zanu PF youths, had no grounds and capacity to stop them. Sithole said:

I have come across their claims, but let me categorically state that it is misplaced and misleading for one to think they can stop an idea whose time has come. Zanu PF has no locus standi to stop a people’s demonstration, let alone speak about it.

We are definitely unmoved by such threats. We will not betray the people of Zimbabwe; we shall continue pursuing our path to power until freedom comes.

5 comments on ““We Are Definitely Unmoved By Such Threats,” MDC Demos To Continue”